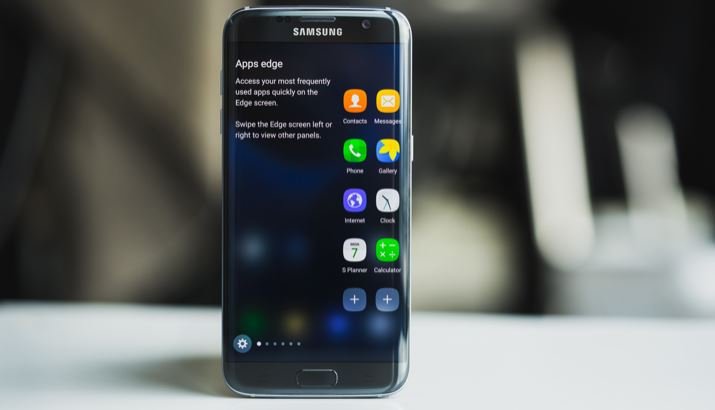 Talking about the design, The Galaxy S7 Edge is a device that can live and die by its gaze. If you have got an interest in the powerful phone, you can obviously choose Galaxy S7, which is small in size but has got the same features as Galaxy S7 Edge. The screen of Galaxy S7 Edge has been curved more than that of its predecessor Galaxy S6 Edge, and is compact despites of its size.

Placing it along with iPhone 7 Plus and 6S Plus, you can see the difference between three phones and can make a fair judgment by looking at their looks. The display on Apple’s phone is not that much good comparing to S7 Edge. Moreover, S7 Edge has got a powerful battery having the support of fast charging.

Samsung Galaxy S7 Edge, though has got a screen size of 5.5 inches, is slightly shorter and narrower to iPhone 7 Plus and 6S Plus. Nevertheless, Samsung is thicker having 7.7 mm girth compared to iPhone which has 7.3 mm girth.

Similarly, S7 Edge has been launched by upgrading its design, it comes with a processor named 3D Thermo Forming which allows the brand to curve the back part of the device into a single metal rim that moves all around the edges. This feature helps the phone to slip into your palm.

The bump of the camera has been reduced to 0.42mm which helps you to protect the lens from being scratched while placing the phone down. Just like S5 and S6 and S7, Galaxy S7 Edge too is water resistant and can be used despites being soaked in water for 30 minutes.

The phone comes with a good screen having the QHD resolution of 2,560×1,440. Moreover, the Samsung Galaxy S7 Edge uses the technology of Super AMOLED, which Samsung has been using on its other devices too. Similarly, Samsung has added new feature of side display on S7 Edge, which can be enabled through the device’s setting.