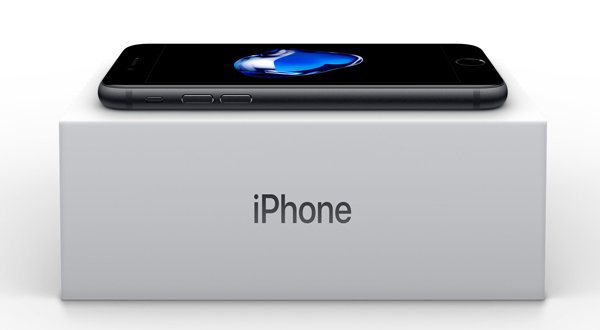 Apple Inc., an American multinational company which first established itself as a personal computer manufacturer, started to manufacture consumers’ electronics in collaboration with Foxconn (contract manufacturer) in 2007. In the same year, Apple released its first iPhone 1st Gen. Giving continuity to the same trend, Apple released iPhone 7 on September, 2016, the younger sibling of iPhone 7 Plus and the successor of the iPhone 6 and iPhone 6s.

The iPhone 7 is completely made out aluminum body which is further goes through the different processes like 3D polishing, anodization that creates a protective oxide layer and a single component is absorbed through a capillary effect which ensures maximum saturation in the rear panel. Further, the device is protected by Ion-strengthened glass and oleophobhic coating. The rear panel too is curved which makes the device easy-to-hold. And the device too is IP67 certified dust and water resistant.

The iPhone 7, just like other smartphones, features an earpiece at the top followed by a front facing camera and various sensors above it. Further, the device features capacitive touch home button which too works as a fingerprint sensor. However, its predecessor, the iPhone 6 and iPhone 6s had a physical home which could be pressed.

The iPhone 7, besides, features reversible connector USB charging port, a primary microphone and a speaker grille on the bottom. Moreover, the iPhone 7, unlike other iPhones has not got any headphone socket, which means the USB port works as a lightning to 3.5 mm earphone adapter. The right hand side of the device comprises of power key and SIM card tray below it. Similarly, the left hand side contains volume adjusting keys and silent key. Besides, the rear part of the device includes main camera, dual tone LED flashlight, and a secondary mic between them. Also, likely to other iPhones, we also can see the Apple logo in the center-rear.

Moreover, the iPhone 7 features 4.7 inches LED-backlit IPS LCD retina display having the resolution of 750 x 1334 pixels (~326 ppi pixel density). The screen of the iPhone 7 is far better than other iPhones as it features wide color gamut display. The screen produces vibrant and accurate color. However, the screen is not so good as of the Samsung Galaxy S7, as it features Super AMOLED screen, and we hope that we can see the same screen in iPhone 8. Further, the iPhone 7 acquires light sensor which automatically adjusts screen brightness in accordance to the environment.

Furthermore, the iPhone 7 is operated with iOS 10.0.1 which is further upgradable to iOS 10.3.2. Besides, the device is functioned with Apple A10 Fusion chipset, Quad-Core 2.34 GHz (2x Hurricane + 2x Zephyr) and PowerVR Series 7XT Plus (six-core graphics). And just like other iPhones, the device is available featuring 32 GB, 128 GB, and 256 GB of internal memory and 2 GB of RAM. And the device is deprived of a microSD card slot.

Besides, the iPhone 7 is powered with Li-Ion 1960 mAh non-removable battery. However, we are not sure whether the device receives fast charging functionality. Anyway, the device possesses good battery which can give backup for more than 7 hours with heavy usage. Also, the device is available in jet black, black, silver, gold, rose gold, red colors.