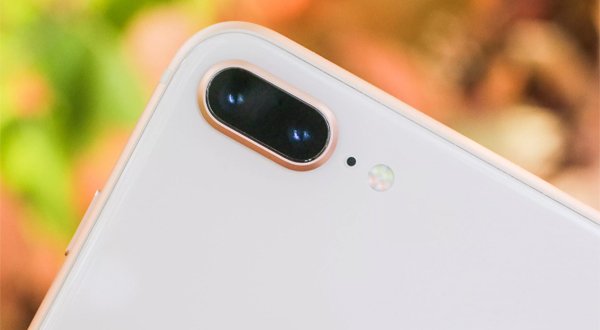 Released along with its younger sibling iPhone 8, the Apple iPhone 8 Plus is the flagship smartphone that can be found in the market. The Apple 8 Plus has been released as the successor of Apple iPhone 7 Plus which was known for its camera quality and other features.

Talking about the physical appearance of the device, the iPhone 8 Plus looks similar like the iPhone 7 Plus. The front part of the smartphone contains an earpiece along with the front facing camera and sensor. The device, nevertheless, lacks LED notification light that is not acceptable. The home button of the fingerprint sensor can be located below the screen.

The Apple iPhone 8 Plus has been provided with same 2.0 reversible connecting port which allows you to connect your wired charger and lightning jack which later allows you to connect wired earphone. The bottom part of the device contains a microphone and a speaker. Looking at the rear, we can find dual camera followed by a flashlight and a secondary microphone.

Coming towards display, the iPhone 8 Plus has been provided with 5.5 inches LED-backlit IPS LCD display along with 1080 x 1920 pixels resolution. The company, however, could have featured 4K resolution in the device. The screen, yet looks good, has good reproduction quality and the 8 Plus comes with “True Tone” feature that lets your screen to adopt the color as per your environment.

Apple ships the iPhone 8 Plus running with iOS 11 and the OS can later be updated to iOS 11.1. The Apple iPhone 8 Plus too has been clocked with same Apple A11 Bionic Chipset which makes the smartphone faster than expected. The smartphone further is boasted with Hexa-core (2x Monsoon + 4x Mistral) CPU and Apple GPU (3-Core graphics) that lets you to enjoy high-end graphic games.

Moving towards camera, the Apple iPhone 8 Plus features dual 12 MP (28 mm, f/1.8, OIS and 57mm, f/2.8) cameras. The first 12 MP camera takes sharp images and the low aperture lets it to perform well in the low light condition. The second camera helps to take image with high depth of field while using portrait mode. The rear camera is also capable of shooting 4K videos at 30/60 and 120 fps and full HD videos at 30/60/120 and 240 fps.

The iPhone 8 Plus possesses 7 MP front facing camera which allows you to satisfactory self portraits. The camera also f/2.2 aperture lens that performs quite well in the low light condition. The front camera also shoots videos at [email protected] and [email protected]

However, Apple has degraded the battery capacity instead of increasing it. Nevertheless, the battery doesn’t get low even with heavy use, thanks to its bionic chip. The smartphone too has been provided with Qi wireless charging and fast charging functions which were lacked in its predecessors.

The Apple iPhone 8 Plus has been made available in 3 colors; Silver, Space Gray and Gold.