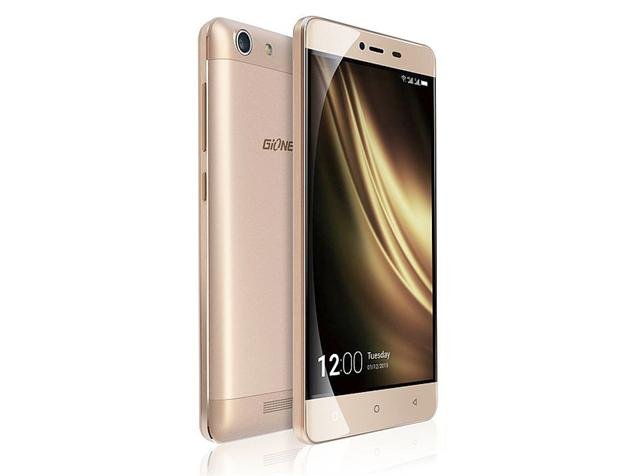 Moreover, the Gionee Marathon M5 Mini features an earpiece at the top of the screen and is followed by sensors and front facing camera on each side. However, the device lacks the notification LED light which is also not available in the Gionee M5 Lite. The device, furthermore, features capacitive home button, recent app and back button below the screen which is not supported by backlit. The device also equips the SIM card slots and microSD card under the rear panel.

In addition, at right side of the device we can see note the volume alternation keys followed by a power button below . We also can observe the 3.5 mm headphone socket at the top, and a USB port and a microphone at the bottom. Besides, the device features main camera and LED flashlight at its rear side and also speaker grill at the rear-bottom.

Additionally, the Gionee Marathon M5 Mini features 5.0 inches, IPS LCD capacitive display which is also featured in different smartphones of Gionee. The device also possesses HD screen having 720 x 1280 pixels (~294 ppi pixels) resolution. However, the Gionee M5 Mini lacks any type of protection in its screen. The text is sharp, colors are saturated and the viewing angles are good. The screen receives the auto brightness mode feature which automatically adjusts brightness under bright light. Overall, the display of Marathon M5 Lite is very good.