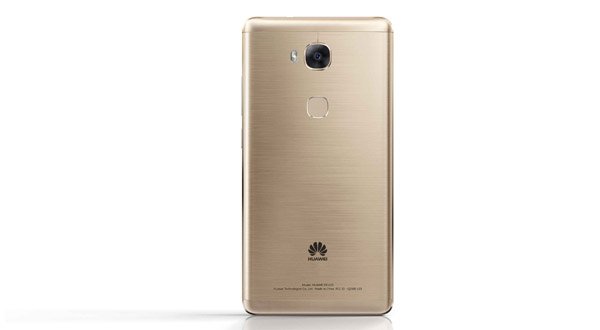 The Huawei GR5’s body is made up metal and plastic. The rear part is made up of brushed metal, the sides too are made up of metal whereas, top and bottom part of the device are made up of plastic. However, the metal is not of high quality and can easily be scratched. Moreover, this device also lacks the protection of gorilla glass. Besides, the device receives the identical outlook as of other smartphones manufactured by Huawei. We can see that the front part of the device features an earpiece on the top of its screen along with front facing camera, a notification LED light and different sensors. The capacitive home, recent app and back button below are linked in the screen.

The volume alteration keys and a power button below are linked at the right-hand side. However, this device too lacks an easy key. The device features a 3.5 mm earphone socket and an active noise cancellation mic at the top of the body. Furthermore, the device features a microphone, dual speaker grilles and a micro USB port at the bottom of the device. Besides, the SIM cards slots and microSD card slot is featured at the left-hand side of the device. The rear end of the device’s body obtains the main facing camera, a LED flashlight and a fingerprint sensor.

Talking about the display, the Huawei GR5 is featured with 5.5 inches IPS LCD capacitive touchscreen and uses its own user interface, EMUI 4.0. Besides, the screen resolution of the display is 1080 x 1920 pixels having ~401 ppi pixels density. The display quality of the device is good, the viewing angles are too good and the screen provides vibrant colors and the text too are clear. The display is bright enough to use it in the outdoor. Besides, the device also features an ambient light sensor.

Moreover, the Huawei GR5 runs Android v5.1.1 out of the box which can be later updated to Android v6.0.1 Marshmallow. Moreover, the device is furnished by Qualcomm MSM8939v2 chipset. Besides, the device equips Octa-Core (4 x 1.2 GHz Cortex-A53 and 4 x 1.5 Cortex-A53) CPU and Adreno 405 graphic processor. Besides, the Huawei GR5 features 16 GB of internal memory and 2 GB of RAM. The device comes with microSD card slot which helps to increase the memory up to 128 GB.

Additionally, the Huawei GR5 comes with Li-Ion 3000 mAh non-removable battery. However, the Huawei GR5, like many devices of Huawei, lacks fast charging functionality. On the basis of its capacity, the battery might give nice battery backup. The device is available in champagne gold, moonlight silver and gray colors.