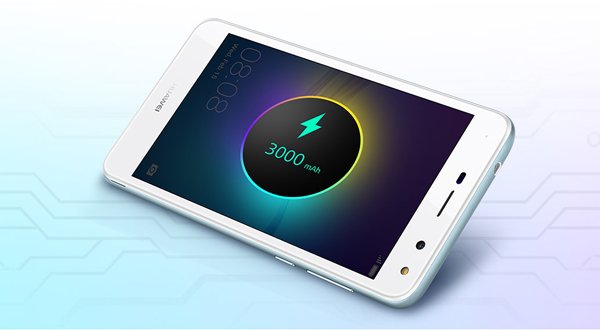 The competition among the smartphone companies is growing along with the passage of time. No any company can survive for a longer period of time with the support of their older smartphones as they get outdated because technology keeps changing. Going with the flow of same change, Huawei, a well-known Chinese telecommunication company, released a new budget-oriented smartphone, the Huawei Y5 2017 along with its younger brother Huawei Y3 2017.

Further, Huawei has made the placement of the bottoms in the old place. The power button and the volume adjusting keys can be found on the right side of the device’s body and the easy is accessible in the left side. The 3.5 mm earphone port, the micro USB port & the dual speaker can be seen on the top and bottom respectively. Looking at the rear, we see a rear camera along with a LED flashlight, and a secondary mic.

Also, the Huawei Y5 2017 has been equipped with 5.0 inches IPS LCD capacitive touchscreen with the resolution of 720 x 1280 pixels. The screen quality is same as of its predecessors, and is better than its young brother, Y5 2017. The screen is bright as per its range, and the screen also does a good job regarding color production. The color is vibrant and saturated and the viewing angles are also good.

Moreover, Huawei has shipped the Y5 2017 running with Android 6.0 Marshmallow. Also, the company has packed the smartphone with Mediatek MT6737T chipset, Quad-core 1.4 GHz Cortex-A53 CPU and Mali-T720MP2 GPU. The device, further, comes with 16 GB ROM and 2 GB of RAM. Besides, the device features a SD card slot which allows users to expand the memory up to 128 GB.

The Huawei Y5 2017 has not received any changes in the rear camera. The device comes with 8 MP of rear camera which was also seen in its predecessor. However, the company has replaced the 2 MP front camera with 5 MP camera. Both 2016 and 2017 Y5 has been made available with front facing LED flashlight.

This time Huawei has made a big change in the field of battery. The new Huawei 2017 has been powered with 3000 mAh battery, whereas, the 2016 variant featured only 2200 mAh battery. The battery is good regarding the backup, nevertheless, this device also lacks fast charging functionality.