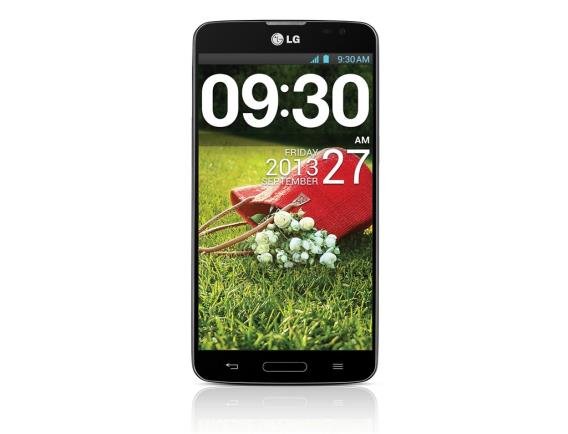 The LG G Pro Lite, because is a mid-range device like the LG G2, LG G3 and other smartphones, is made up of a plastic. However, device features metal framework at the sides. The device also lacks gorilla glass protection in the forepart. The side bezels are thin and it is covered by the display screen.

An earpiece, the sensors, a front facing camera and a notification LED light is featured at the top bezels. Further, LG G Pro Lite is featured with four capacitive buttons on the screen, out of which one works as SIM card chooser. However, the capacitive buttons are not backlit. Further, the device equips up main camera, a LED flashlight and a LG branding at its rear.

At the top part, the device possesses a 3.5 mm headphone socket, an IR sensor, and a Stylus Pen port. The bottom part carries the micro USB port, a primary microphone and dual speakers on both sides. The power button can be noticed at the right side and volume alteration keys along with shortcut button at the left. Besides, the device features the SIM cards slots and microSD card slot under rear panel.

The LG G Pro Lite is furnished with 5.5 inches IPS LCD capacitive touchscreen. Further, the display features 540 x 960 pixels resolution with 200 ppi pixels density. The color production of the screen is good, however, the viewing angles are not so perfect. The device is also deprived of auto brightness option, which means users should manually adjust the screen brightness.

Moreover, the device runs Android 4.1.2 Jelly Bean out of the box. The device is packed with Mediatek MT6577 chipset, Dual-Core 1.0 GHz Cortex-A9 CPU and Power VR SGX531 GPU. The device is featured with 8 GB of ROM out of which 4 GB is free for users. The device also comes with 1 GB of RAM. Further, users can expand the space up to 32 GB using a microSD card.

Similarly, the LG G Pro Lite equips 3140  Li-Ion removable battery. The battery has a good battery backup and can be used up for a day without any problem. The device is available in black and white color.