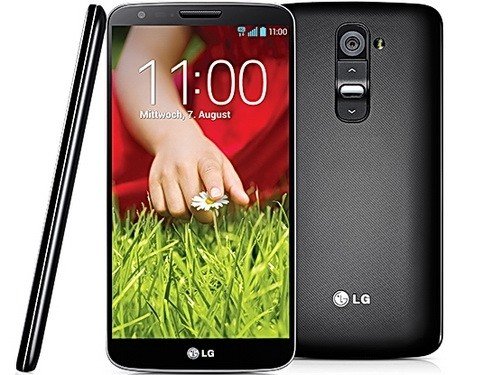 The LG G2 Mini, just like LG G2 and LG G3, is made up of a plastic. The device features small metal framework and also receives the corning gorilla glass 2 at the forepart which protects the screen from being scratched. The rear part also copies the design of the LG G2.

The device receives the same design as of its big brother. The device features an earpiece, the sensors, front facing camera at the top bezels and the capacitive buttons on the screen. Further, the device possesses main camera, a LED flashlight and LG logo at its rear. The device also features power button and volume controlling keys at the back.

A 3.5 mm headphone socket, an IR sensor and a secondary microphone is featured at the top part. The bottom part carries the micro USB port, a primary microphone and speakers. Besides, the device features the SIM cards slots and microSD card slot under the rear panel.

The LG G2 Mini is operated with Android 4.4.2 KitKat. The device is functioned with Qualcomm MSM8226 Snapdragon 400 chipset, Quad-Core 1.2 GHz Cortex-A7 CPU and Adreno 305 GPU. Moreover, the device features 8 GB of internal memory and 1 GB of RAM. The internal memory can later be expanded to 32 GB using a microSD card.

The LG G2 Mini is equipped with 8 MP, autofocus main camera. The rear camera also comes with various features like geo-tagging, face detection, and so on. The main camera is able to shoot videos at 1080 pixels. The device also features 1.3 MP front facing camera which shoots videos at 720 pixels.

Similarly, the LG G2 Mini is packed with 2440 Li-Ion removable battery. The battery is good and is usable for a day with full charge. The device is available in titan black, lunar white, red and gold colors.