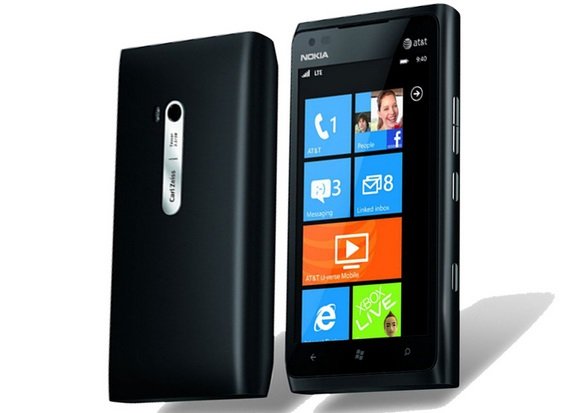 Nokia Lumia 900 is a Window Phone-powered smartphone, first revealed on January 9th of 2012 by Nokia at Consumer Electronics Show 2012. The phone won the best Smartphone award in January 2012. It has 4G LTE support and was released in April, 2012. The Nokia Lumia 900 has a 4.3inch display and a Clearblack AMOLED 800X480 capacitive touchscreen. It has a one piece polycarbonate body and is available in black, cyan, magneta and white. The Phone is somewhat similar to Lumia 800 but it has bigger 4.3 inch display with an RGB stripe pattern compared to the 800’s Pen Tile pattern.

Regarding the software, the device comes with four Nokia- exclusive applications such as Nokia Drive, Nokia Music, Nokia Maps and App Highlight. It is designed in a new direction for a smartphone style. Its LTE speeds, vivid 4.3 inch screen, 8 mega -pixel camera are the high points. But there are problems dealing with the call quality and minor design works such as gaps in the construction and weirdly placed buttons get in a way. The designer camera optic is good so you can make Nokia Lumia 900 a better choice.