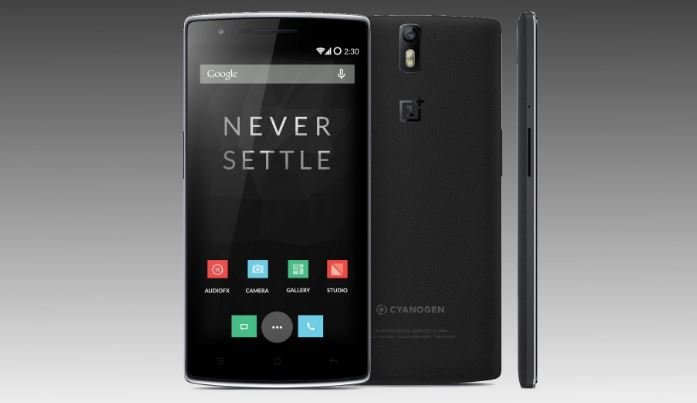 The OnePlus One is a huge smartphone and has got a unique body. The device has been made up of a different material at the rear side. Coming to the front, we can see that the device features the protection of Corning Gorilla Glass 3. Moreover, the device has got identical look of the devices manufactured by OnePlus. We can see an earpiece on the top of the device followed by front facing camera and sensors. The device features a capacitive home button along with recent app and home button. Moreover, we can notice that the home button lacks a fingerprint sensor. Besides, a notification LED light can also be seen in the device.

Coming to the display, the OnePlus One comes with 5.5 inches LTPS IPS LCD capacitive touchscreen having the resolution of 1080 x 1920 pixels ~401 ppi pixel density. Moreover, the device has got good viewing angles and has good contrast. However, the display has the problem that its slightly warmer which can be fixed by apps like screen adjuster that are predominantly found in Play Store. Furthermore, the device’s display is bright and provides vivid color.
Besides, the OnePlus One comes with Android OS v 4.4.2 Cyanogen OS 12 out of the box and is upgradable to Android OS v6.0.1 Marshmallow Cyanogen OS v13. Moreover, the device comprises of Qualcomm MSM8974AC Snapdragon 801 chipset. The device possesses Quad-Core 2.5 GHz Krait 400 CPU and similarly, the device is equipped by Adreno 330 GPU. The device is available on both having 16 GB and 64 GB of internal memory. The device, furthermore, possesses 3 GB of RAM.

Apart, the device is featured by preinstalled applications like Audio FX which allows the users to adjust the sound of the device. The device, moreover, features gesture mode that are supported on both unlocked and locked screen.