What’s the Net Worth of Samantha Bee? 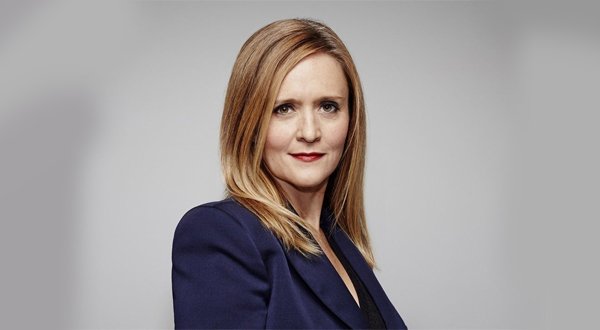 Who is Samantha Bee?

Samantha Jamie Bee, known with her professional name Samantha Bee, is a Canadian-American comedian, actress, writer, producer, political commentator, media critic and TV host. She is widely known as journalist on The Daily Show with Jon Stewart and has served for 12 years. Later, she started starting hosting her own show, Full Frontal with Samantha Bee.

Samantha Bee was born on 25th October, 1969 in Toronto, Ontario to Debra Bee and Ronald Bee. Soon after her birth, her parents separated, thus, she was raised by her grandmother who was a secretary at Catholic school. During her childhood, she studied at Roncesvalles Avenue and later enrolled at Humberside Collegiate Institute and York Memorial Collegiate Institute. After schools, she joined McGill University to study humanities. However, she shifted to University of Ottawa and studied theatre class. She then attended George Brown Theatre School in Toronto.

After her schools, Bee worked as a waitress and started giving auditions for acting roles. She also went in a tour of Sailor Moon with stage production team when she was of 26. She also worked as one of a member of Toronto-based sketch comedy group, The Atomic Fireballs. In the year 2000, she made her screen debut in a minor role in an episode of Real Kids, Real Adventures titled “Explosion: The Christopher Wise Story”. Following the year she appeared in The Endless Grind and Ham I Am.

In the year 2003, Bee worked as a correspondent in Comedy Central’s late night talk show The Daily Show for 12 years and 332 episodes. This show helped her to get the attention of public and contributed in increasing her net worth. The same year, she also starred as Kathy in Jeffery W. Byrd’s Jasper, Texas. In 2004, Samantha made her movie debut as Beth Goodson in Warren P. Sonoda directed film Ham & Cheese. 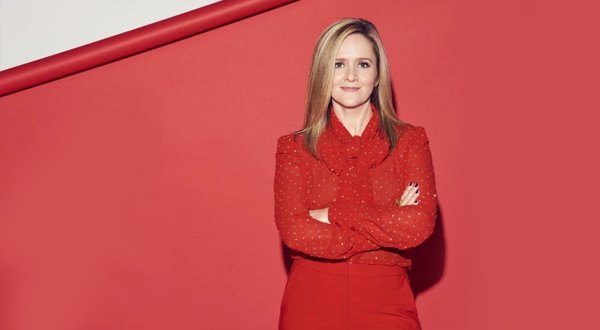 Samantha, subsequently, worked as voice actor in Odd Job Jack’s episode “Law and Lawless” in 2005. She had voiced Linda Callahan. In the year 2006, she had a minor role of Carol Dulac in Love Monkey’s episode “The Only That Got Away”. After than she worked as co-producer and played various characters in Not This But This in 2007. Besides, she appeared in other TV series Little Mosque on the Prairie, Rescue Me and Two Families.

Her Works from 2008 to Present

Moreover, in the year 2008, Samantha played as Nancy Cooper in film Coopers’ Camera and Cinnabon Cashier in film The Love Guru. In 2009, she portrayed Chess Mother in Whatever Works and Alison Hopper in Motherhood. She was cast as Renne Dalton in Bored to Death from 2009 to 2011. She also appeared as Vanessa Carvillle in an episode of Law & Order entitled “Blackmail” and Melissa in Love Letters. 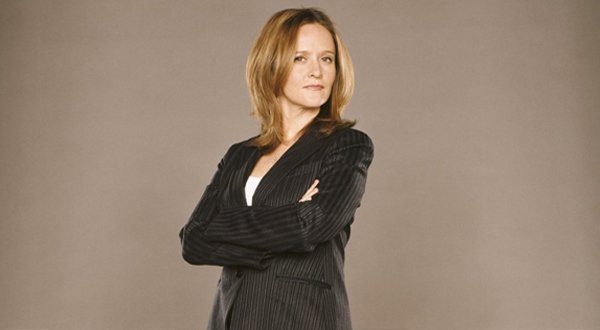 Samantha, in the year 2014, starred as Debbie in Isabel Coixet directed film Learning to Drive. She also voiced Raitch in Get Squirrely and played the role of Liz in film Sisters in 2015. She recently worked as voice actor in Elliot the Littlest Reindeer and has been providing her voice in different TV series. She is currently voicing Pam, Nurse Liz in Bob’s Burger since 2012, Mom in Creative Galaxy since 2013. Besides, she is also hosting her own show Full Frontal with Samantha Bee which the main source of her income.

Samantha Bee recently has a net worth of $3.2 million US dollars and receives $1 million as her salary from her show. In 2001, she married Jones who was also a member of Sailor Moons.

Must Know Facts about Samantha Bee