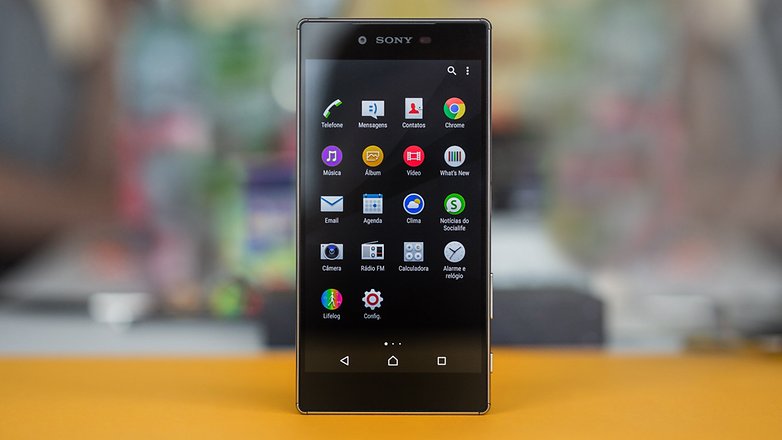 The Sony Xperia Z5 Premium, just like all smartphones of Sony (for example, Xperia XZ Dual, Xperia X, etc), acquires a power button on the right side which also works as a fingerprint sensor and respond fast. The device, further, features the volume adjusting keys and dedicated camera button below the power button. The device, besides, carries the SIM card slots and microSD card slot at the left side. The device features a 3.5 mm headphone socket at the top and a micro USB port and a keychain hook at the bottom. The device further, acquires the main facing camera and a LED flashlight on the top-left at the rear and also Sony logo, Xperia logo and NFC icon at the rear.

Besides, Sony Xperia Z5 Premium carries attractive 5.5 inches IPS LCD capacitive screen with 4K resolution of 2160 x 3840 pixels (806 ppi pixels density). The device also features Sony’s own Triluminos display. However, Sony runs the device in 1080 pixels and the 4K resolution can be seen while watching 4K videos. The device provides accurate colors, except the white. The screen, besides, possesses X-Reality which makes the pictures sharper and clear. The device also receives good viewing angles. The screen is bright and is usable under bright lights. The device also has got protection of scratch resistant glass from its front and rear which doesn’t let it get scratched.

Sony operates the Sony Xperia Z5 Premium with Android 5.1.1 Lollipop out of the box and is upgradable to Android 7.0 Nougat. Moreover, the device has been powered by Qualcomm MSM8994 Snapdragon 810 chipset. Furthermore, the device is also powered up with Octa-Core (4 x 1.5 GHz Cortex-A53 and 4 x 2.0 GHz Cortex-A53) CPU and Adreno 430 GPU. The Sony Xperia Z5 Premium comes with 32 GB of internal memory which is expandable up to 200 GB using a microSD card. Also, the device possesses 3 GB of RAM.

We all know that Sony smartphones are famous because of its camera and the Sony Xperia Z5 Premium also sports 23 MP, f/2.0 aperture lens, 24 mm, phase detection autofocus rear camera. The rear facing camera comes with various features like 1/2.3″ sensor size, panorama, face detection, geo-tagging, touch focus, etc. The rear camera is able to capture photos with every detail and with low noise. The camera also captures nice photos in the lowlight. Besides, the camera helps to shoot UHD videos at [email protected]

The device, furthermore, powers up 3430 Li-Ion mAh non-removable battery. The device, like other flagship smartphones manufactured by Sony, obtains the fast charging functionality which charges the battery to 60% from 0% in 30 minutes. The battery is good and can last up to 1 day on normal usage. The device is available in chrome, black, and gold colors.