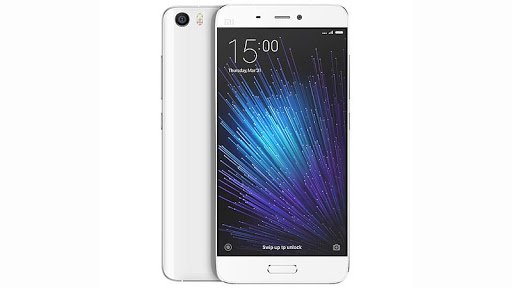 Following the trend of manufacturing and marketing smartphones, Xiaomi released it’s another flagship smartphone, Xiaomi Mi 5 on 2016, April, the successor of the Mi 4 that was launched on 2014, August. Xiaomi launched the Mi 5 by adding the features that were lacked in its predecessor. Also, the device was the predecessor of the Xiaomi Mi 5S and 5S Plus. And today we will review the same device.

The device features an earpiece at the top bezel surrounded by a front facing camera at the right and sensors and notification LED light at the left. And, changing the trend of capacitive touch keys, the Mi 5 receives a physical home button, which also works as a fingerprint sensor. Besides, the device also features a single dotted capacitive recent and back button which lights up when pressed.

The Mi 5, just like other smartphones of Xiaomi, equips a 3.5 mm headphone socket, an IR sensor and secondary mic at the top part. Besides, the USB Type-C port is visible at the bottom followed by a primary mic and speaker grille on each side. The main facing camera is placed at the top-left corner on the back followed a dual-tone LED flashlight. The power key, volume keys and the SIM cards slots can be found at the right hand and left hand side respectively.

Furthermore, the Mi 5 is built with 5.15 inches IPS LCD screen that features 1080 x 1920 pixels full HD resolution with ~428 ppi pixels density. The color production of the screen is vibrant and saturated. The viewing angles are also good and the blacks are also perfect. Further, the device features an ambient light sensor which automatically adjusts screen brightness according to the environment.

Further, the Mi 5 is equipped with powerful 3000 mAh non-removable battery. The battery is strong like other smartphones of Xiaomi. The backup of the battery is good as it allows the users to use the device for 2 days with the full charge. Moreover, the device is available in black, white and gold colors.