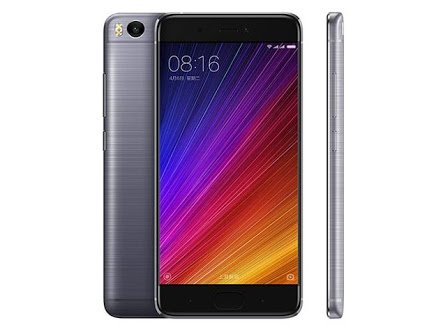 A Chinese multinational company Xiaomi which changed the standard of normal people by manufacturing smartphones that was available in normal price range, released its another flagship smartphone named Xiaomi Mi 5S on 2016, October, the updated version of the previous Mi 5 and the predecessor of the Xiaomi Mi 5S Plus. And today we are reviewing the same device.

The Xiaomi Mi 5S is completely made up of a metal unibody, whereas, the Mi 5 was made up of a glass body. The rear panel also receives some design in it which makes the device look stylish. Furthermore, the device receives 2.5D curved corning gorilla glass at the front and the side bezels too are thin.

An earpiece is placed at the top bezel surrounded by a front facing camera at the right and sensors and notification LED light at the left. The device replaces capacitive home button with physical home button which also works as a fingerprint sensor. Furthermore, the capacitive recent app and back buttons supported by backlit, and these three buttons are placed below the screen.

The Mi 5S features a 3.5 mm headphone socket at the top. However, we can see that this device lacks an IR sensor. The device carries the USB Type-C port at the bottom followed by a primary mic and speaker grille on each side. We also can notice the main facing camera at the top-left corner on the back followed a dual-tone LED flashlight. Besides, the device acquires power and volume alteration keys on the right and the SIM cards tray on the left.

Further, the Mi 5S features powerful 3200 mAh non-removable battery. Moreover, the device also features fast charging functionality which can be noticed in maximum devices of Xiaomi. Talking about the battery, the battery gives good backup and can be used for 2 days without any problem. Besides, the device is available in four different colors; grey, silver, rose gold and gold.