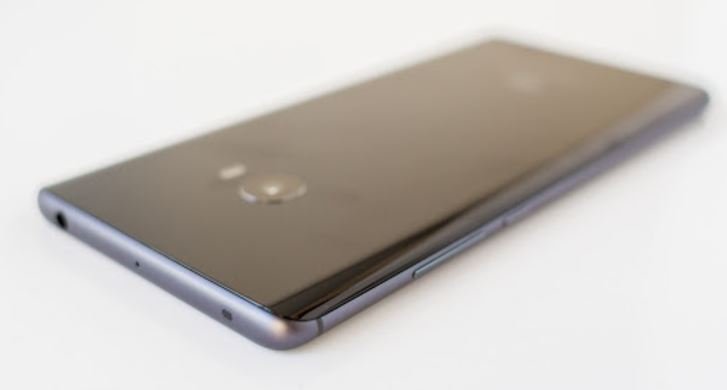 After Samsung stopped manufacturing the Note 7, Xiaomi taking the advantage, released its another flagship smartphone, the Mi Note 2 on November, 2016. The Xiaomi Mi Note 2 was the successor of the Mi Note that was launched on January, 2015. Today we will be reviewing the same, Mi Note 2.

The Xiaomi Mi Note 2 can be called the clone of the Samsung Note 7 as it copies the look of S. Note 7. The Xiaomi Mi Note 2 too is made is made up of metal and glass. The rear panel and the front receive 2.5D corning gorilla glass and are separated by a metal framework. The front and rear glass receive curves on both sides which make it look premium.

An earpiece, a front facing camera, sensors and a notification LED light are present at the topmost bezel. And again Xiaomi has replaced its capacitive touch home button with a physical one which also works as a fingerprint sensor. The capacitive recent app and back button are also supported by backlit. All the physical home, recent app and back buttons are placed below the screen.

The device carries a 3.5 mm headphone socket, an IR sensor and a secondary microphone at the top. The USB Type-C port, a primary mic and speaker grille are placed at the bottom. Further, the device equips main camera at the center and a flashlight on the back. The volume adjusting and power keys are visible at the right, whereas, the SIM card tray is placed at the left.

Furthermore, the Mi Note 2 comes with larger 5.7 inches display. And this time Xiaomi has featured an AMOLED screen on this device instead of IPS LCD screen. However, the device features 1080 x 1920 resolution screen instead of 2560 x 1440p QHD resolution. As screen, as it is AMOLED, produces vibrant and accurate colors. Moreover, the viewing angles also are perfect because of the curved screen. However, Xiaomi could have used Super AMOLED screen which has been featured in mid-range devices of Samsung like the Galaxy J7, J5 and so on.

Moreover, the Mi Note 2 is powered with 4070 mAh non-removable battery. And just like other flagship smartphones, the Mi Note 2 is also supported by fast charging. The battery backup is good can go up to 2 to 3 days without getting charged more than once. Further, the device is available in two colors; piano black and glacier blue.