What’s the Net Worth of Alicia Vikander? 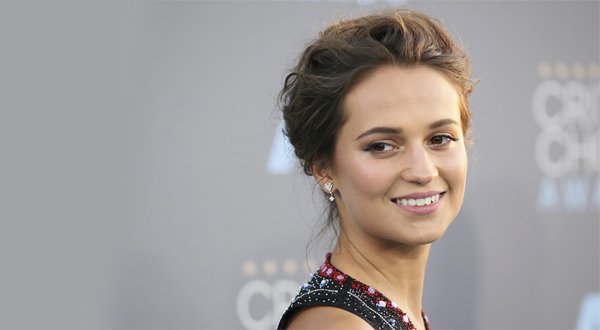 Who is Alicia Vikander?

Alicia Amanda Vikander, known with her professional name Alicia Vikander is a Swedish actress and ex-dancer. She is well recognized for her playing different characters in various movies like Anna Karenina, A Royal Affair, and Hotell.

Alicia was born on 3rd October, 1988 in Gothenburg in a Swedish family to Maria Fahl Vikander, a stage actress and Svante Vikander who was a psychiatrist. When she was of two months old, her parents separated and she was raised by her mother.

In the year 1995, Vikander made her debut in acting in Kristina fran Duvemala’s act held at The Gotebord Opera. She also played in various musicals like The Sound of Music, and Les Miserables. At the age of 9, she also took part in TV4 kids’ singing show Smastjarnorna, where she performed the Helen Sjoholms’s song “Du maste finnas”. Besides, she also trained herself in ballet with Svenska Balettskolan i Goteborg from 1998 to 2004. She later moved to Stockholm to learn ballet when she was of 15.

In 2004, however she left her school to focus to the TV series where she was working with director Tomas Alfredson. She later auditioned for drama school but was rejected for two times. She then joined a law school, but never attended it as she had a dream to be an actress.

Her Beginning in Hollywood

In the year 2006, Alicia made her debut in Hollywood by appearing in a short movie titled Standing Outside Doors which was directed by Stefano Ronaldo. In 2007, she was cast in short films, Darkness of Truth and The Dancer. The same year she was seen as Linda in a Swedish TV series Levande foda for 3 episodes. Subsequently, she portrayed Jossan Tegebradnt Bjorn in Second Avenue from 2007 to 2008 which helped her to gain the public attention. 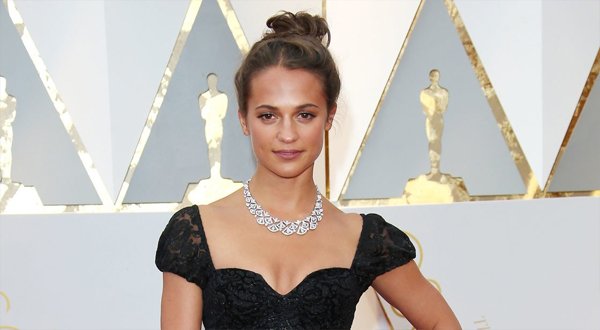 Moreover, Alicia played the role of Fredrika in David Fardmar’s short film, My Name is Love in 2008. Besides, she characterized Katarina in a TV series Hook. In the year 2010, she made her debut in movie as Katarina in Lisa Langseth’s film Pure. The movie helped her to win Guldbagge Award for Best Actress. She appeared in her second movie The Crown Jewels which was directed by Ella Lemhagen. In the year 2012, she was seen in Nikolaj Arcel’s A Royal Affair and she also portrayed Princess Ekaterina “Kitty” Alexandrovna Shcherbatskaya in Joe Wrights’s Anna Karenina. The particular movies helped her to grab the recognition of public and helped her to increase her net worth.

Her Work from year 2013 to present

Furthermore, she subsequently acted in Bill Condon’s The Fifth Estate and Lisa Langseth’s Hotel in 2013. In the movies she portrayed Anke Domscheit-Berg and Erika respectively. In 2014, she did three movies, Son of a Gun, Seventh Son and Testament of Youth. The following year, she played the role of Ava in Alex Garland’s Ex Machina which earned her nominations for Golden Globe and BAFTA Awards for Best Supporting Actress and paid her handsome salary that added her net worth. She also appeared in other movies like The Man from U.N.C.L.E., The Danish Girl and Burnt the same year. 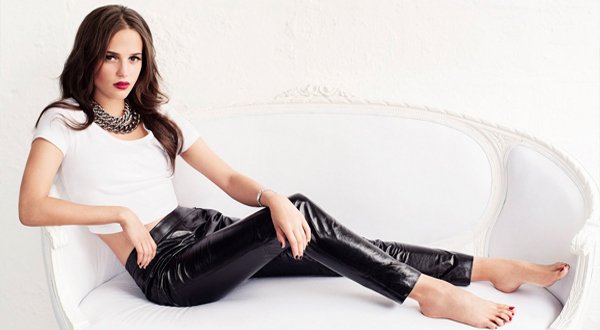 Besides, Alicia also worked as a voice actress in Faruk Sabanovic and Amela Cuhara’s film Birds Like Us. She besides appeared in three other movies, Tulip Fever, Submergence and Euphoria in the same year. Additionally, she will be portraying the Lara Croft in her upcoming movie Tomb Raider.

Alicia Vikander is a good actress and her acting has paid her well with the net worth of $4.4 million US dollar. She also has been working as a model for Louise Vuitton Bags and this work also is paying off her well that increases her net worth.

Must Know Facts about Alicia Vikander