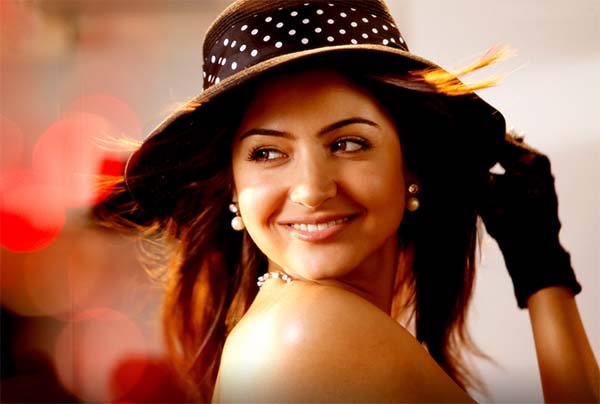 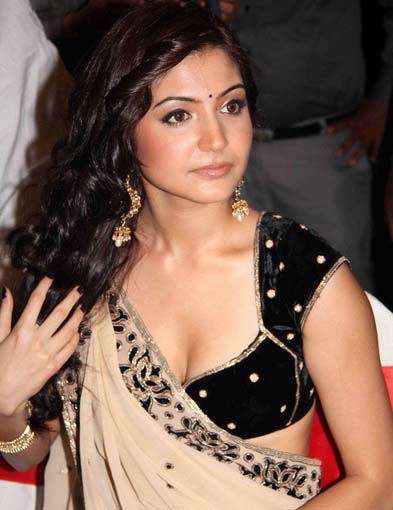 Anushka Sharma is an Indian Bollywood Actress who was born on May 1, 1988 in Bangalore, India. She is a professional Model and Actress. She is the daughter of Col. Ajay Kumar Sharma, a high ranked army officer and Ashima Sharma, a housewife. She has an elder brother named Karnesh, who was a state-level cricketer and is now in the Merchant Navy. She did her schooling at the Army School and later graduated from Mount Carmel College with a degree in Arts. Anushka Sharma is the girl who got a golden chance to make her debut in a Yash Raj Film, and that too opposite Shah Rukh Khan.

Anushka Sharma was groomed by renowned style consultant Prasad Bidapa, whom she met when she was just 15 years of age. Bidapa admits that Anushka Sharma always had the quality to be a star. Designer Wendell Rodricks selected her for his Les Vamps Show, and the Lakme India Fashion Week in 2007.  He spotted her while she was moving around in a clothes showroom in Bangalore. Their chance meeting resulted in her moving to Mumbai. 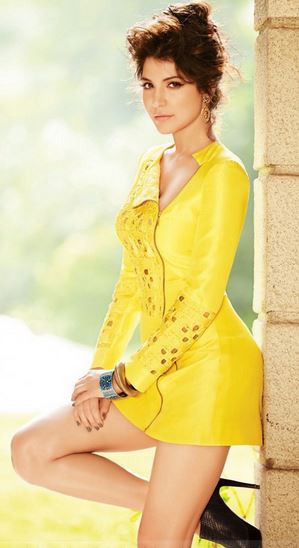 Anushka Sharma began her modeling career at the Lakme Fashion Week and was a show-stopper at Wendell Rodricks Les Vamps Show. Within a year she became a sensational model in India, and was picked to be Wendell Rodricks’s finale model at the Spring Summer ’07 Collection. Since then the demure looking model has done campaigns for Silk & Shine, Whisper, Nathella Jewelry and Fiat Palio. Her first acting role was in Aditya Chopra’s Rab Ne Bana Di Jodi (2008) opposite Shahrukh Khan. The film was a huge success and her performance was appreciated. Film critic Taran Adarsh said, “Anushka looks the character and surprises you with a confident performance. It’s no small achievement to share screen space with an actor of the caliber of SRK and Anushka manages it very well from start to end.” Her second film, Badmaash Company, also under Yash Raj Films, was released on May 7, 2010. She was praised for breaking out of the shell of the conservative and homely Taani to play the feisty and independent Bulbul, and her performance was applauded.

She is currently filming for another Yash Raj Film titled “Right Hand Man” with Shahid Kapoor (directed by Parmeet Sethi) and is going to begin shooting for her first venture outside of Yash Raj with Nikhil Advani and Akshay Kumar in “Patiala House,” scheduled to start in December. Anushka Sharma has stated that she currently has a contract to do two more movies with Yash Raj Films but is free to do films outside YRF to further her career if she wishes.

Here we have collected some music videos by Anushka Sharma from her Bollywood movies. Enjoy watching these best of Anushka Songs collection. Click on the song that you wanna watch as available below :