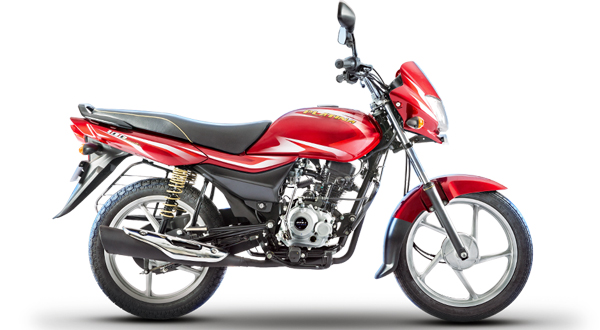 Bajaj manufactured the Platina in the platform of Bajaj Kawasaki Wind 125 which was produced in the year 2003. Bajaj has also made the bike more comfortable and plumb in comparison with other bikes in the line-up of 100 cc bike segment.

Moreover, Bajaj has featured the 100 cc engine in the Platina is from another bike, Bajaj CT 100, but with new technology of Bajaj, ExhausTEC. The engine is capable of providing maximum power of 8 bhp @ 7500 RPM and maximum torque of 8 Nm @ 5500 RPM.

Furthermore, the Platina possesses length of 1990 mm and height of 1090 mm. The bike also possesses width of 770 mm and weighs 113 kg. The front and the rear wheels are 1275 mm far from each other and the bottom part of the bike is 160 mm away from the ground.

Besides, Hansraj Hulaschand & Co. Pvt. Ltd. has been importing the Platina 100 ES in Nepal.