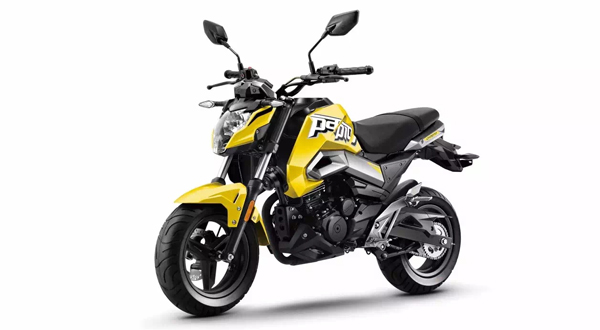 The trend of manufacturing mini bikes is growing day by day. Different companies like the Motrac and Honda have launched various mini motorcycles like the Motrac M6, Motrac MX and Honda MSX125 respectively. Following the same trend, a Chinese two-wheeler company introduced a mini bike, the St. Papio.

The CFMoto’s St. Papio has been built on the same body design as of the Motrac’s M-OX and Honda’s MSX125. However, the bike has been engraved with more muscles. Besides, the Papio is featured with more advanced headlight than that of the Motrac’s and Honda’s. The bike’s headlight has been copied from the 150NK. Also, the graphics painted over the bike makes it look attractive.

Furthermore, the St. Papio possesses height and length of 995 mm and 1724 mm respectively. Also, the bike has got wideness of 750 mm and the bike, after carrying it’s all parts weighs 114 kg. Besides, the front and the rear wheel maintain the distance of 1214 mm with each other and the bike is 145 mm far from the ground.

In Nepal, CFMoto has been exporting the St. Papio under the dealership of Anna International Pvt. Ltd.