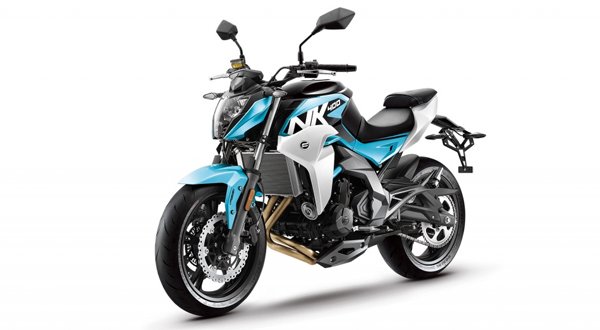 Every people wish to ride a motorcycle which is attractive, has a good performance and fits their budget. In order to fulfill this wish, a Chinese two-wheeler manufacturer, CF Moto has recently entered in the Nepalese motorcycle market which currently four motorcycles; 150NK, 400NK, 650NK, and St. Papio.

Talking about the 400NK, it is a mid-level motorcycle belonging to the NK Series. The bike has been built on the same body design as of its younger brother 150NK. However, the 400 variant is much more muscular and heavy than the younger one. Also, the 400NK has been furnished with low height seat to provide the rider with comfort for travelling long distance destinations. Besides, the bike comes with full digital meter console which changes its color on the basis of its speed. Bajaj’s Dominar also lies in the 400 cc segment. However, the Dominar can be said as an entry-level 400 cc bike because of the specs it possesses.

In Nepal, CFMoto has been exporting the 400NK under the dealership of Anna International Pvt. Ltd.