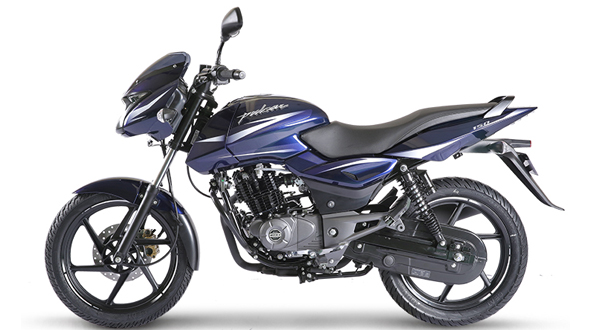 The Bajaj Pulsar is a nameplate given to one of the most famous two-wheeler manufactured by a renowned motorbike manufacturing company Bajaj. Developed by the product engineers of Bajaj along with Tokyo R&D, the bike first was introduced in four variants; 150 cc, 180 cc, 200 cc and 220 cc. After some periods of time, the company, further, released the 135 cc variant which didn’t last for long period of time. In this same way, Bajaj discontinued the Pulsar 200 DTS-i and later introduced NS 200.

Bajaj this time has launched the new generation of Pulsar featuring the new color scheme. The Pulsar 150 cc possesses the height and length of 1170 mm and 2055 mm respectively. Also, the bike is 755 mm wide having the weight of 143 kg. The wheelbase of the bike is 1320 mm and the ground is 165 mm far from the bike. Furthermore, the new Pulsar 150 cc features 4-Stroke, DTS-i, air cooled single cylinder engine which produces maximum power of 15.06 bhp and maximum torque of 12.5 Nm.

Moreover, Bajaj has been exporting the new Pulsar 150 cc in Nepal under the dealership of Hansraj Hulaschand & Co. Pvt. Ltd.