How much Billy Ray Cyrus net worth?

Well Billy Ray Cyrus is net worth $150 Million dollars being popular singer and actor. William Ray “Billy Cyrus”, born in August 25, 1961 is an American singer, actor and songwriter. It is reported that he has an estimate net worth of 150 million dollars. He is mostly known as the dad of American pop star named Miley Cyrus who is more known as Hannah Montana. Grown up in Flatwoods, Kentucky, he was surrounded by Bluegrass and gospel music from his family. He had attended Geaorgetown College on a baseball scholarship but he drop out from there to pursue music career. In the 1980s he played in a band “Sly Dog” before signing record contract with Mercury Nashville records.

Mostly known as an “Achy Breaky Heart”, he has released 12 albums and 44 singles which has got a lot of success domestically and internationally. Cyrus began to record and write music for his debut album “Some Gave All” released in 1992. The album got the huge success, that it was debuted at No. 1 on the Billboard Top Country Albums, Billboard 200, Canadian Country Albums Chart and the charts of several other foreign countries. The album sold its 20 million copies worldwide as it was certified as 9 times multi-platinum in the United States. In 1993, he released his second album, “It Won’t Be the Last” which featured four singles. 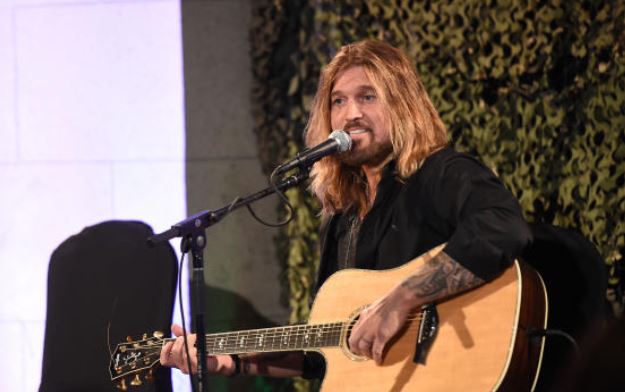 An enormous section of Billy Ray Cyrus net worth comes through singing, performing, movie producing and song writing. Apart from his musical career, he had acted on the TV series “Hannah Montana” too. During filming the Television series “Hannah Montana” he released his album “Wanna Be Your Joe” which initially sold well. In mid-2007, he participate on the reality show: “Dancing with the Stars” where he ended up with 5th place with his partner Karina Smirnoff. He had also acted the lead role on the PAX comedy drama “Doc” which became the network’s highest rated show. From the show also, he earned a relevant amount of revenue. He had also starred in Jackie Chan’s movie, “The Spy Next Door” which got worldwide success. With his dedication in the musical and acting, he has been awarded with 41 awards including American Music Awards, Academy of Country Music Award, Billboard Music Award and World Music Award. Well as of today Billy has over 1.7 M twitter followers, 845k active fans on his Facebook page.