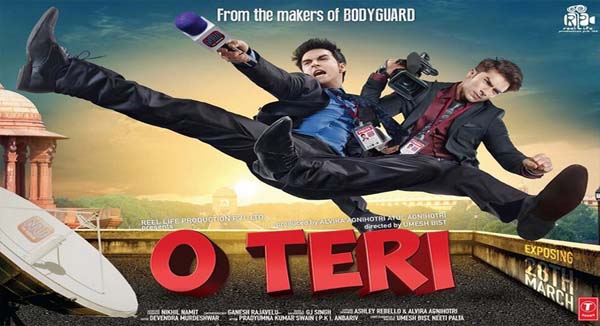 The movie, “O Teri” is the movie which has been directed by Umesh Bhisht and the producers of the film are Alvira Khan Agnihotri and Atul Agnihotri. After the success of the movie, “Bodyguard” Atul Agnihotri has come with a high level of comedy. The audiences can even have the glance of Salman Khan as guest appearance for his sister, Alvira Khan Agnihotri. The movie is the starred with the actors like Pulkit Samarat, Bilal Amrohi and Sarah Jane Dias in the leading role.

The movie is released on Friday on 28th of March 2014 at the box office. But the movie on the first day of its release, it can just make earning around 60-70 lakh on the big screen with the world wide collection. The first day Box Office collection was not so impressive and so is on the second day. The Box Office is estimated to increase by 1.5 Crores which is not very high amount for a Bollywood film. In this case, the movie has got the mixed response from the side of public as they view the movie as a mixture of both excitement and dullness.