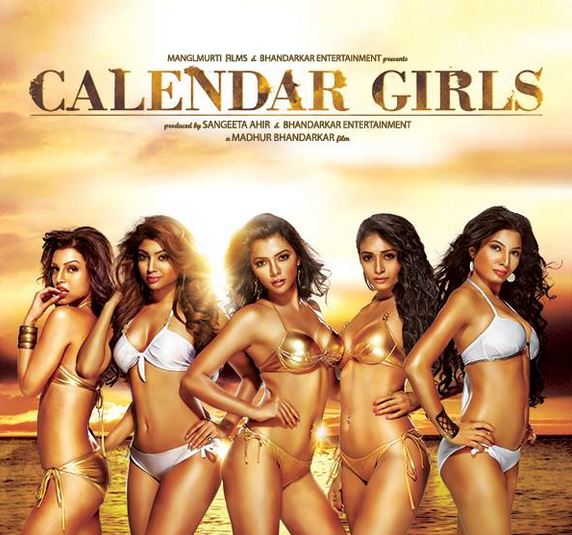 Fashion, Corporate, Traffic Signal, Heroine and now Calendar Girls – Madhur Bhandarkar has a flair for taking up challenging subjects for his films and he sure does a good job at that too, alluring audience with realistic subjects and real life characters. Calendar Girls is the next step for this talented director, who focuses on the story rather than the stars in his movies. This one has new faces like Ruhi Singh, Kyra Dutt, Avani Modi, Satarupa Pyne, Akansha Puri and Suhel Seth on the star cast, while there is an experienced and seasoned actor like Rohit Roy too to support them.

As the name of the movie suggests, the film is based on the real life story of young and alluring Calendar Girls. The girls come from different parts of the country but their lives become all the same as they step into the world of glitz and glamour. Mayuri (Ruhi Singh) plays a young model from Rohtak, who shoots up to fame after being selected for a modeling event. Paroma (Satarupa) hails from Bengal, while Nandita (Akansha) comes from Hyderabad, Sharo (Kyra) is a Goan hottie and Nazneen (Avani) is a product of Lahore. They may have been geographically diverse but inside all of them are the same, vulnerable girls always exposed to the peril of physical exploitation. All of them come to Mumbai in search of success and none of them is ready to give up, willing to pay whatever it takes to achieve their goals. Suhel Seth plays the character which reminds of Vijay Mallya while Rohit Roy is the famous calendar photographer Timmy, who can make and break careers from behind the camera. The film has a large number of lifelike characters, which once again is an effort by Bhandarkar to make it believable and close to reality. It delves into the darkness and fakeness of the glamour world where good looking girls are treated like pieces of flesh to be served to rich and influential men.

Madhur Bhandarkar has once again proved that he has a nose for interesting stories which he can mould into lifelike films, deservingly earning him the National Awards for some. This one however, lacks on dialogues which seem to be laborious for the actors and unbearable for the audience. Since the film is more about the plight of the women rather than the industry as a whole, it is not as interesting as Fashion or Chandni Bar. It seems that the focus is more on skin show rather than the show of emotions, but the young women have actually done well enough to make their characters look believable. The weakest point of the movie is however, that it seems faked all the way, even if it has some sensitive moments. A better script could have made the film much more gripping!

Once again Madhur Bhandarkar, the king of realistic cinema is back with the movie called Calendar Girls which hit the silver screen on 25th September 2015. It is a small budget movie, made with only Rs 9 crore and has done well enough, grossing up approximately Rs 2-3 crore on the first day itself. The collections might catch up over the weekend, which is yet to be seen.