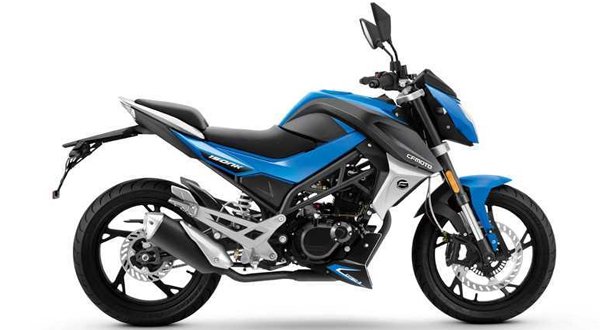 Time is changing, and the demands of people in the motorcycle are also changing with it. Nowadays, people choose to ride more stylish and attractive bike rather than motorbikes that have boring look. To fulfill this demand, either existing companies produce new motorcycles or new company emerges that provides new designed bikes. Nepalese bike riders too keep wishes inside their heart to ride stylish bike in the mid-level segment and a Chinese motorcycle manufacturing company CF Moto is helping to achieve their wish. The company has recently entered the Nepalese motorcycle market and has currently launched four different bikes; CFMOTO 150NK, CFMOTO 400NK, CFMOTO 650NK, ST. Papio.

The 150NK is an entry-level motorcycle that lies in the NK series introduced by CFMOTO. The 150NK, despite of belonging to an entry level segment has been built on the stylish body design which might help Nepalese people to make their dream come true. The fuel tank’s dual extensions on both sides make the bike look eye-catchy. Also, the bike has been provided with dual seat which is rarely found in entry level motorcycle. Besides, the bike has been featured with flattened headlights, and state-of-the-art LED lighting system which aims for riders’ safety.

Further, CF Moto has powered the motorbike with single cylinder, liquid cooled, EFI SOHC engine which provides maximum power of 14.34 bhp @ 9000 RPM and maximum torque of 12.2 Nm @ 6800 RPM along with displacement of 149.4 cc. Besides, the bike is equipped with upside down telescopic fork front suspension and mid positioned mono shock at the rear.

Furthermore, CF Moto has been exporting the 150NK in Nepal under the dealership of Anna International Pvt. Ltd.