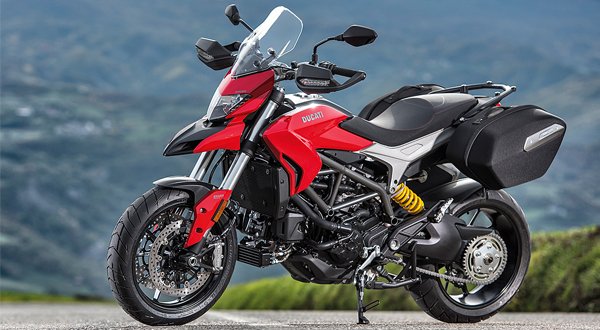 Moreover, the Ducati Hyperstrada 939 has got the weight of 210 kg, and the front and the rear wheel maintain the gap of 1485 mm with each other. Further, the Hyperstrada 939 has been powered with powerful testastretta 11°, L-twin cylinder, 4 valve per cylinder, desmodromic, liquid cooled engine. The engine featured in the motorbike is capable of producing maximum power of 113 bhp @ 9000 RPM and maximum torque of 97.6 bhp @ 7500 RPM along with displacement of 937 cc.

Furthermore, Ducati has been exporting the Hyperstrada in Nepal under the dealership of Turbo Motors Trading.