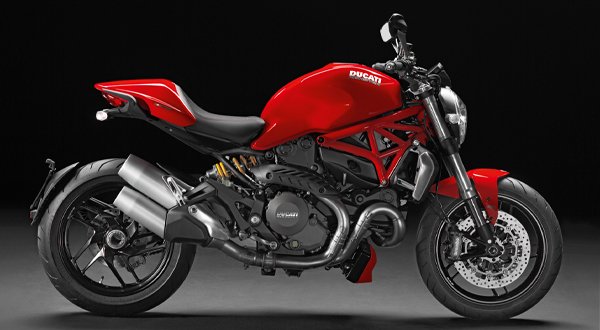 “Ducati” is a popular Italian two wheeler company which has been manufacturing various types of powerful motorcycles like the Ducati Panigale, Ducati Scrambler Series, Hyperstradia and many more from the time of its establishment. Going with the flow of same trend, Ducati, in the year 1993, released its another series of beasty motorcycles, the Ducati Monster. The Monster Series contains various variants and the 1200 series is also one of them.

Talking about the physiques, the bike has been featured with muscular fuel tank which gives an aggressive look to the bike. The frames engraved in the motorcycle also make the bike look attractive. The dual exhaust system has given the bike a stylish look, and the exhaust pipes coming out of engine make the bike look stunning.

Moreover, the Ducati Monster 1200 has got the weight of 213 kg, and the front and the rear wheel is 1485 mm far from each other. Also, the Monster 1200 has been powered with powerful Testastretta 11°, L-twin cylinder, 4 desmodromically actuated valves per cylinder, dual spark, liquid cooled engine. The particular engine is capable of providing maximum power and torque of 150 bhp @ 9250 RPM and 126.2 Nm @ 7750 RPM. 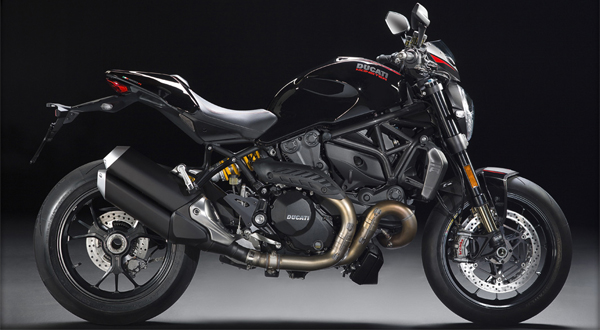 Besides, the Monster 1200 R is powered with same Testastretta 11° DS, L-Twin cylinders, 4 valve per cylinder, Desmodromic, liquid cooled engine. However, the bike, as it is the upgraded version, is capable of providing maximum power of 160 bhp @ 9250 RPM and maximum torque of 131.4 Nm @ 7750 RPM.