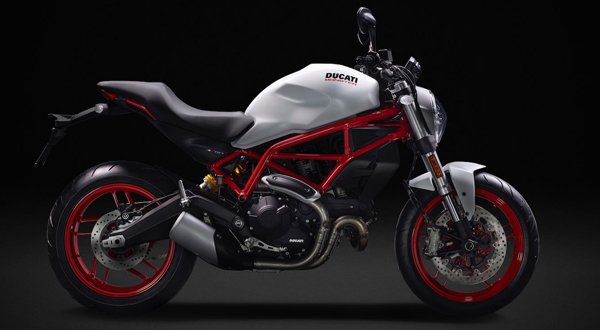 The Monster is a popular range of motorcycle introduced by a renowned two wheeler company, Ducati. This series consists of many powerful motorcycles like the Monster 696, Monster 1200, and so on. In the year 2014, the company launched the Monster 796, the successor of the 696 variant. However, no any company can sell the same bike for a long term that’s why in the year 2016, Ducati revealed the successor of the existing 796 variant, the Ducati Monster 797.

The Ducati Monster 797 looks a little bit similar to other variants of the Monster Series. However, the company has done certain refurbishment in the selected areas which makes the motorbike look unique. The 797 variant has been built upon different frame-style which looks attractive, and the bike has been featured with single exhaust which is also smaller compared to other variants. The bike also possesses unique alloy wheel.

Further, Ducati has powered the bike with L-twin, 2 desmodromically actuated valves per cylinder, air cooled engine that is capable of producing maximum power of 75 bhp @ 8250 RPM and maximum torque of 68.9 Nm @ 5750 RPM along with displacement of 803 cc.

Furthermore, the Ducati Monster 797 gets imported in Nepal under the dealership of Turbo Motors Trading.