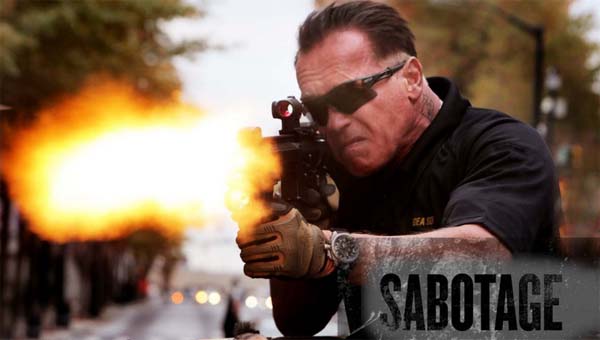 Hollywood upcoming releasing movie Sabotage is the movie in which Arnold Schwarzenegger is in the lead role of an undercover DEA task force. The movie is directed by David Ayer who is using the blood and tries to depict the bloodshed is committed by the drug. But the bloodshed is unrelenting and exhausting too. Schwarzenegger plays the role of John “Breacher” Wharton, a legend among DEA agents. He is the leader of motley undercover crew whose scruffy members might not look like much but do an exceptional job of getting their man. Breacher is shown as a damaged man whose tragedy we can plot of his life. His team raids a mansion which is filled with drugs and money. Breacher’s entire team is comprised of such eccentrics, who are so deep undercover that they make “Lethal Weapons.” The team has successfully executed the raid on high stakes on a cartel safe house; however the team members are mysteriously eliminated one by one. The movie is releasing on 28th March 2014.