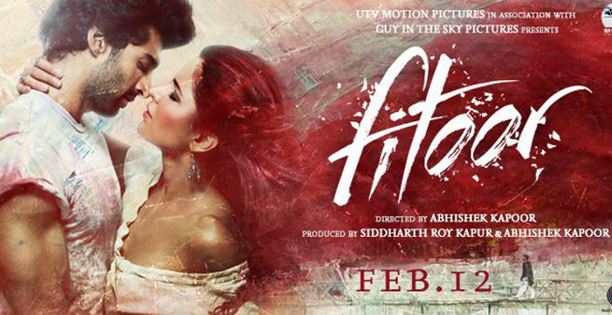 One of the biggest releases this year, Fitoor had the eminent star cast and exclusive promotions. The romantic drama was based in Kashmir and was adaptation of famous novel Great Expectations by Charles Dickens. The movie featured Aditya Roy Kapoor and Katrina Kaif in leading roles. Tabu has a pivotal role in the movie as well. It was directed by Rock On fame director Abhisekh Kapoor under the production of Siddharth Roy Kapoor. The movie released on February 12, 2016.

The plot of the movie revolves around a couple Noor (Aditya Roy Kapoor) and Firdaus (Katrina Kaif). They came closer since their childhood but destiny and mother of Firdaus have other ideas. Begum (Tabu), mother of Firdaus sends her daughter to study abroad. Noor was humiliated by her for his low socio-economic status. However, the story takes a turn as they grew up. Noor became a famous artist and moved to Delhi. On the other hand, Firdaus was getting ready to marry, Bilal, a Pakistani Diplomat. However, coincidently they met again and the affection of their childhood turned to intense love. Begum realized her mistake but she was far away from admitting it and she enforced Firdaus for the marriage against her will. The story continues for the quest to win the love and the effort of Begum to separate them. The story and the plot revolve around the efforts and revolves around three characters Begum, Noor and Firdaus.

Fitoor is all about Tabu and her acting. She single handedly took the movie to different stage. Aditya Roy Kapoor has matured as an actor and the role of a crazy lover was very much justified. However, Katrina Kaif lacked among all and she was expressionless in most of the movie. She however made great adjustments to behave like affluent family kid and did good there. However, in overall performance meter she is the lowest among all. Rahul Bhatt has very small role but he did enough justice to his director. Child actors Mohammed Abrar and Tunisha Sharma who played the roles of younger Aditya Roy Kapoor and Katrina Kaif are also praiseworthy. The screenplay and the narration of the story is quite fascinating especially the scenic beauty of Kashmir. However, director fell short of communicating an intense love story bound with quest. Poor Script and ordinary acting ensured that it is not well accepted among the audience.

Fitoor fell flat on Box Office from Day 1 and it collected mere 3.61 Crores. The movie recovered and made business of INR 5.56 Crores on Saturday and 6.45 Crores on Sunday. The total weekend earning was 17 Crores but failed to keep the momentum on the next. The movie lasted for two weeks in the Cinemas and collected close to 19 Crores in the lifetime business. The movie has been rated as Disaster in Box Office and it was the fifth consecutive disasters for UTV Motion Pictures. The movie could not retrieve the investment and ended with overseas collection of around 16.53 Crores in total.