Gabbar is Back – Trailer, Casts and Songs 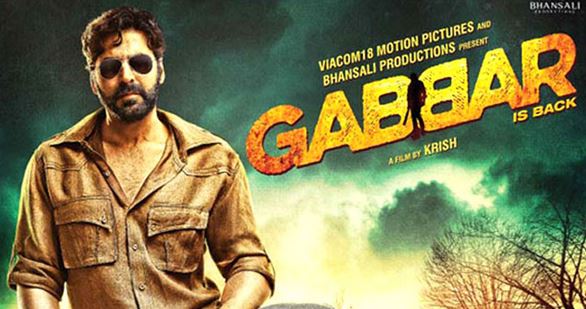 Gabbar is Back is a 2015 hindi movie by Sanjay Leela Bhansali and Viacom 18 Motion Pictures which is directed by Krish. The movie is the remake of the 2002 Tamil movie Ramanaa directed by A.R Murugadoss.

Nirav Shah has done the cinematography, edit by Rajesh G. Pandey and music composed by Chirantan Bhatt, Yo Yo Honey Singh and Manj Musik.

The official trailer of Gabbar is Back was first time released by Viacom.

Now enjoy some music video from the movie Gabbar is Back.
Gabbar is Back Song : Coffee Peetey Peetey by Dev Negi and Paroma Das Gupta

Gabbar is Back Song : Teri Meri Kahani by Arijit Singh and Palak Muchal

Gabbar is Back Song : Aao Raja by Neha Kakkar

Audio Jukebox : Gabbar is Back