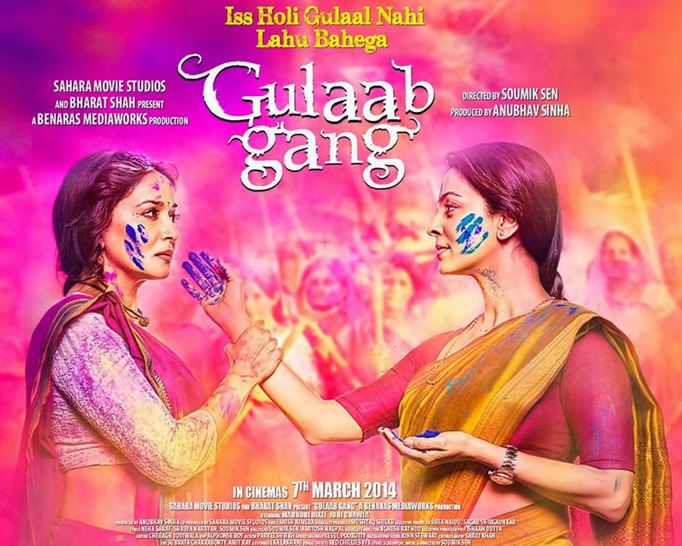 Just before its global premier Bollywood Movie “Gulaab Gang” was stayed by Delhi High Court Yesterday. The movie is reportedly based on the real life story of the activist Sampat Pal Devi who is the founder of Gulabi Gang. Gulabi Gang is a group of pink sari clad women vigilantes of Uttar Pardesh founded by Sampat Pal Devi.

Pal had moved to Delhi High Court seeking stay order on the movie as the movie makers didn’t took permission before making a movie on her real life story. Sampat Pal Devi was happy with the court order as she said, “It’s a personal victory for me, my faith in the country’s legal system has been restored.” The movie was stayed by Judge Sanjeev Sachdeva to stop its release on Friday. But later the stay on the movie was released and Gulaab Gang released successfully globally.

The movie features actress Juhi Chawla and Madhuri Dixit on the lead role where as the movie is centered on the struggle of women in India presented by Sahara Movie Studios and Bharat Shah. The movie is  directed by a debutant director Soumik Sen and produced by Anubhav Sinha.