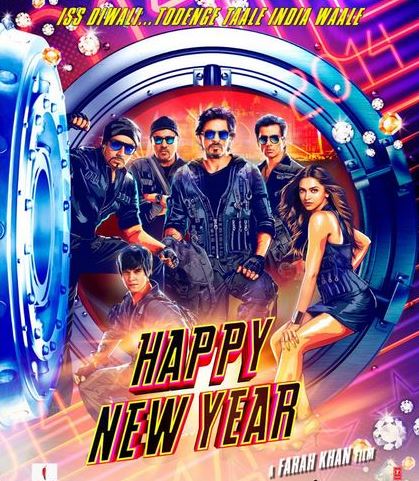 Happy New Year is one of the most awaited movie of Shah Rukh Khan and Deepika Padukone in the year 2014. After the blockbuster release of Salman Khan’s KICK this movie by Farah Khan is much expected to break previous records of Shah Rukh Movies. Happy New Year is produced by Gauri Khan under the banner of Red Chillies Entertainment. The movie features Shah Rukh Khan, Deepika Padukone, Abhishek Bachchan, Boman Irani, Vivaan Shah, Sonu Sood, Sarah Jane Dias and Jackie Shroff. The movie is directed by Farah Khan and set to be released on Diwali, 24th October 2014 in Hindi, Tamil and Telugu.

Here is the exclusive trailer of the movie Happy New Year