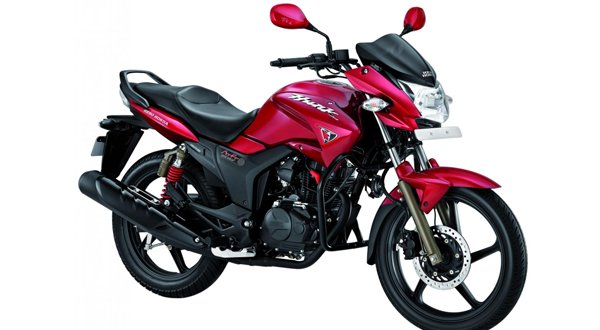 The Hero Hunk is a mid-range motorbike manufactured by a reputed Indian motorcycle company, Hero MotoCorp Ltd. The bike was first launched in the year 2007, however, Hero built the bike in newer platform and revealed in the year 2011. Also, the Hunk is the successor of various bikes like CBF 150, CRF 150, CBZ, and CBZ Xtreme.

The new Hunk features the sleek extension in the tank along with raised rear seat, sporty foot nog, which makes the bike look sporty as well as aggressive. Furthermore, the bike possesses height and length of 1095 mm and 2080 mm respectively. Also, the bike is 765 mm wide having the weight of 146 kg. Besides, the front wheel maintains the gap of 1325 mm with the rear one and the lower chassis of the bike is 145 mm away from the ground.