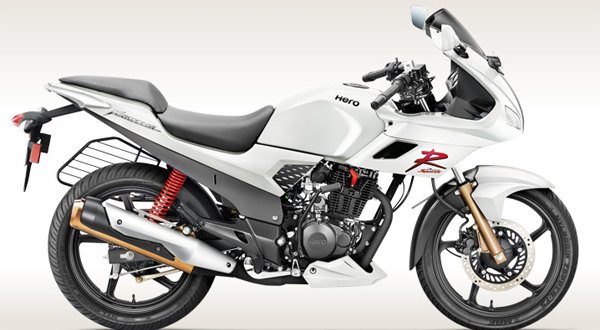 The new gen Karizma R is slightly different than the older Karizma. The bike, unlike its old version, is featured with two headlights which help the riders to the ride the bike in dark night, and the windshield too is raised a little bit higher. Also, the bike features partition seat which was missed in the older version. Further, the traditional half-fair of the bike makes it look sporty.

Furthermore, the Karizma R features the length of 2125 mm and is 1160 mm tall. Besides, the bike is 755 mm wide having the weight of 154 kg. The company, further, has equipped the bike with air cooled, 4 stroke single cylinder, OHC, 223 cc engine which is capable of producing max power and torque of 19.2 bhp and 18.35 Nm respectively.

Moreover, Hero has been exporting the Karizma R in Nepal under the dealership of Nepal General Marketing Private Limited.