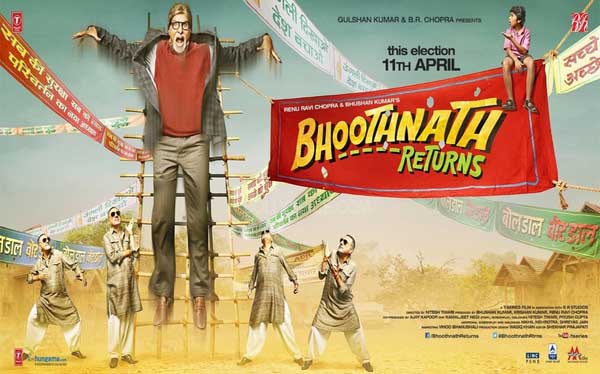 The movie is based on the theme of comedy but there are also the elements of horror but they are tremendously funny which will make the audiences laugh. The dialogues are also too funny as the movie’s trailer presents. Amitabh Bachchan is very great full towards the T-series for having approached him for once again for making the sequel of the movie. The movie has amazing music and the songs of the movie released in the different Hindi channels are getting huge likes and appreciation.

The story revolves around Bachchan who is a friendly ghost, known as Bhoothnath. He is dishonored in his own world of the ghosts and sent back to the earth so that he can scare the children. But the children do not get afraid with the appearance of the ghost. The plot of the movie has been continued from where the first sequel has ended. The movie will be released on April 11, 2014 as the shooting of the movie was started from October 2013.