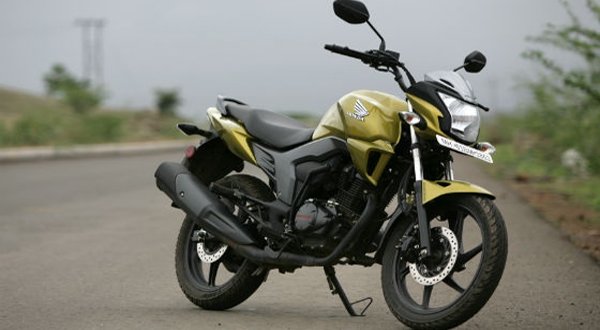 “Honda”, this name reminds us about the sports bike that we see in MotoGP and the same name make us think about the Indian company which manufactures bike which is mostly preferred by middle-aged men because of its classical design and fuel efficiency. However, in order to satisfy young people, the company launched a new with same fuel efficient engine but with name design and named it Honda CB Trigger.

The Honda CB Trigger is built on the sporty platform. The tank looks muscular and the extensions on both sides add more style to the bike. The wolf-head like visor above the headlight makes the motorbike look modern. Also, the CB Trigger is 1060 mm tall and is 2045 long. The wheelbase of the bike is 1325 mm and the bike is 175 mm away from the earth.

Also, Honda has powered the motorbike with 4 stroke, air cooled, 149 cc engine which provides maximum power of 14 bhp and maximum torque of 12.5 Nm. The bike, further, has been equipped with telescopic front suspension and mono-suspension at the rear.