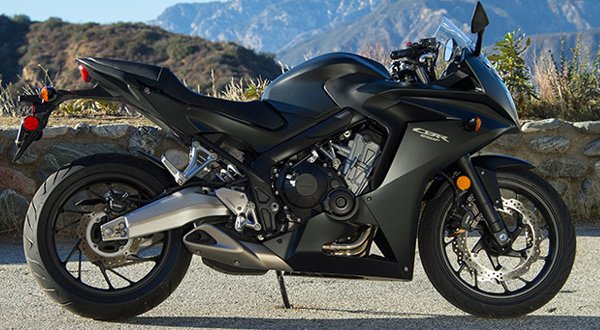 Honda is a renowned name among us because the company has manufactured and marketed all sorts of motorbikes and motor-scooter as per the need of the market. The company has been operating in different parts of the world, and the head company in the year 2014 released a new bike, Honda CBR650F, a new member in the CBR lineup.

The Honda CBR 650F looks similar as of its predecessor Honda CBR 600F from the front. The body platform too looks little bit identical as of the CBR600F, however, the new 650F has been featured with new graphics which makes it look more attractive. The simple disc brakes plate has been replaced with new stylish plates. The long exhaust has been also replaced with small exhaust.

Moreover, the Honda CBR 650F possesses height and length of 1149 mm and 2107 mm respectively. Also, the bike has got the wideness of 753 mm and weight of 215 kg. Besides, the front wheel maintains the gap of 1449 mm with the rear wheel and the lower chassis of the bike is 133 mm far from the ground.

Further, Honda has powered the CBR 650F with powerful liquid cooled, inline, four cylinder, DOHC engine which is capable of producing maximum power of 85.2 bhp @ 11000 RPM and maximum torque of 62.9 Nm @ 8000 RPM along with displacement of 648.72 cc. The bike is also equipped with 41 mm telescopic front suspension and mono-shock with 7 stage spring pre-load adjustment rear suspension.

Besides, Honda has been exporting the CBR 650F in Nepal under the dealership of Syakar Trading Company Private Limited.