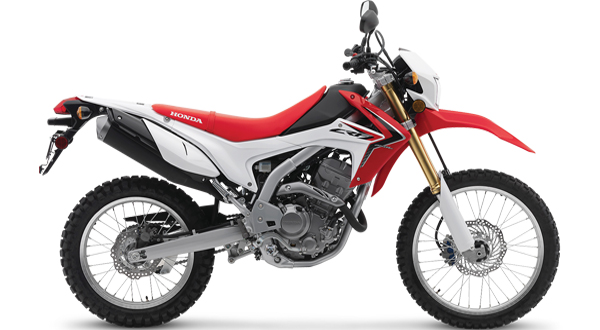 Produced by a renowned two wheeler manufacturing company Honda, the CRF 250L is an on as well as off road motorbike. The first generation of the bike was introduced in the year 2012 as the model of 2013. And according to the passage of time, the bike was upgraded in minor areas. However, the first gen CRF 250L featured the engine of a powerful motorbike CBR250R (2011).

The CRF 250L, further, features the height and weight of 1195 mm and 2195 mm respectively. The bike weighs 145 kg having its parts like electric starter, headlight, taillight, indicators, looking glass, EPA and California Air Resources Board compliant silencer and 7.5 liter fuel tank. Also, the bike is 815 mm wide, and the wheelbase of the bike is 1445 mm and the bike is 255 mm away from the ground.

Further, the company has equipped the bike with 4 stroke, liquid cooled, DOHC single cylinder engine which produces max power and torque of 22.80 bhp and 22.00 Nm respectively along with the displacement of 250 cc.