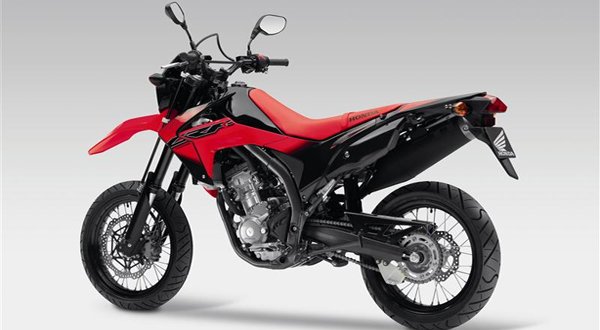 The Honda CRF 250M is a 250 cc dual sport motorbike produced and marketed by a renowned two wheeler manufacturing company Honda since 1973.

The Honda CRF 250M looks similar to the Honda CRF 250L, however, the color panel is different than the CRF 250L. The motorbike features the height of 1147 mm and is 2127 mm long. The bike also is 815 mm wide, and the front wheel maintains the gap of 1446 mm from the rear one. Besides, the lower chassis is 226 mm away from the ground.

Moreover, the company has furnished the bike with 48mm inverted Showa cartridge fork with 16-position rebound front suspension and 16-position compression damping adjustability rear suspension. Also, the Honda CRF 250M is equipped with single cylinder, four stroke engine which is capable of producing maximum power of 22.80 bhp @ 8500 RPM and maximum torque of 22.00 Nm @ 7000 RPM along with the displacement of 250 cc.

Besides, Honda has been exporting the CRF 250M in Nepal under the dealership of Syakar Trading Company Private Limited.