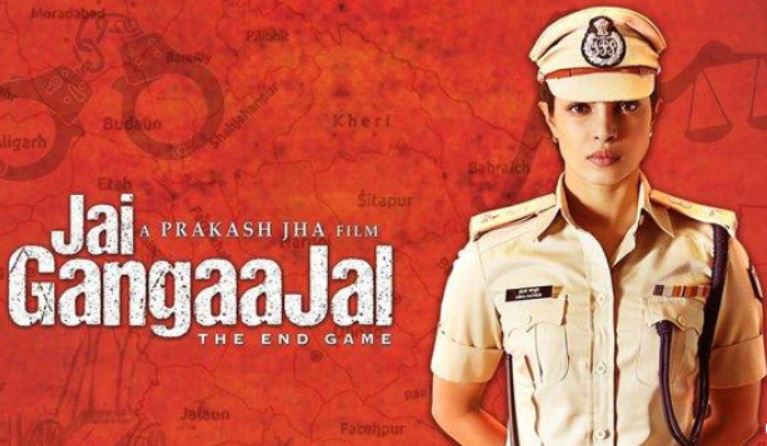 Jai Gangaajal was one of the most-awaited Hindi movies in the year 2016. It was an action drama movie, which was directed by the renowned Indian film director Prakash Jha. Just in case you don’t know, it’s the sequel of the crime film titled Gangaajal that was released in the year 2003. The movie has Priyanka Chopra on the lead role. Queen Harish, Rahul Bhat, and Manav Kaul were also featured in this movie. March 4, 2016 was the exact worldwide release date of the movie.

The plot of the movie revolved around the life of a newly-appointed Senior Inspector named Abha Mathur (Priyanka Chopra). She was then assigned to put an end to the criminal deeds of a certain group, known in grabbing lands that were owned by some other people. This criminal organization was led by Babloo Pandey (Manav Kaul) and his brother Dabloo Pandey (Ninad Kamat). The plot highlighted the political corruption happening in the movie. B. N. Singh (Prakash Jha), a corrupt circle inspector, has long been helping the criminal brothers, which is why they remained free to do their illegal business. The inspector did such thing in exchange of political and financial support.  SP Mathur was extremely worried about the situation, so she went all out in dealing with these criminals. One day, the criminal brothers kidnapped an orphaned lady and her brother. Dabloo raped and killed the lady and hanged her on the tree, to make it like a suicide incident. However, inspector Singh was aware of the killing, and this was the reason why he opened his eyes. With the help of inspector Singh, SP Abha Mathur finally put an end to this horrible problem in the society. The political corruption was ended after the two criminal brothers were killed.

Basing it to the reactions of many people worldwide who watched Jai Gangaajal, the performance of the entire casts as well as the production staffs are extremely commendable. Nonetheless, this is not the case to a number of movie experts and critics. According to them, this movie was just an ordinary one, and nothing special. As expected, the acting performance of Priyanka Chopra in the movie was excellent enough. The supporting role portrayed by Prakash Jha here was also a praiseworthy one. Another commendable acting performance was done by Rahul Baht, even though he had just a cameo role in this movie. What is quite disappointing here was the performance of Manav Kaul.

In the very first day of Jai Gangaajal in the Box Office, it gained a whopping Rs-5.50 Crore, which was not bad for the opening. One the second and third day, it increased even more since it acquired Rs-6.25 Crore and Rs-6.75 Crore respectively. On the following days, the income from this movie started to decline. However, this does not mean that it was a negative thing. It already gained a lot on the first 3 days, after all. Within just 8 days, the movie acquired a total box office collection of Rs-31.65 Crore.