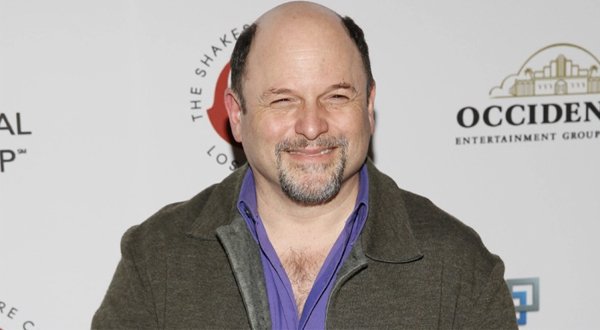 Jay Scott Greenspan, who is popularly known as Jason Alexander is an American actor, producer, director and actor who has an estimated net worth of $50 million. He was born on September 22, 1959 in Newark, New Jersey and had attended Boston University after graduating from Livigston High School. In his early age, he wanted to pursue classical acting but a professor made him to pursue his career as a comedian.

Jason Alexander started his acting career on New York stage as a singer and dancer. After pivotal stage of his struggling, he got success on television in the commercial for McDonald’s McDLT. Also he portrayed as George Costanza in television sitecom show “Seinfeld”. For the show he was nominated for 6 Prime Emmy Awards, 4 Golden Globe Awards and won Screen Actors Guild Award for Outstanding Performance by a Male Actor in a Comedy series. After the success of the show he appeared on other television show which includes “Listen Up!”, “Family Guy: Live in Vegas”, “Malcolm in the Middle”, “Star Trek: Voyager”, “Mr. Monk and the Other Detective” and many other show. He has also worked as the host of the Comedy Central Roast of actor William Shatner.

Apart from the television show, he proved his ability of active by appearing in movie “Pretty Women”, “Shallow Hal”, “Love! Valour! Compassion!”, “The Last Supper” and “Jacob’s Ladder”. He has given his voice appearances in Gargoyle Hugo in Disney’s animated movie “The Hunchback of Notre Dame”, “The Hunchback of Notre Dame II” and the video game “Kingdom Hearts 3D: Dream Drop Distance”. From all his appearances as an actor, show host and his voice acting, it all added a good amount to Alexander net worth.

Beside of his acting and voice acting profession, he had increased his net worth by featuring in music too. By directing the music video for country music star Brad Paisley’s “Online”, he won 2007 Country Music Association’s Video of the Year Award. In August 2012, he co-starred in the music video “Trying Not to Love You” by Nickelback. The following music video has provided him good amount of money. He has also given his appearances on various commercial including “KFC”, “McDonald” and “DaimlerChrysler”. He also has been as a magician at “The Magic Castle” in Hollywood, California. For his contribution in magic, he was awarded the Parlor Magician of the year award at the Castle.

Moreover, he has also worked as national spokesman for the Scleroderma Foundation which is a leading organization dedicated to raise awareness of the disease and assisting those who are affected. Apart from all his appearances with audiences, he has also competed on televised poker shows and in various tournaments. He also appeared twice on Bravo’s Celebrity Poker Showdown and win the final table of 8th Season. He has won 500 thousand dollar for his charity. Recognized as philanthropist and dedicated humanitarian, Alexander has donated $2 million to charities which adds the charisma to his net worth.

Things to know about Jason Alexander