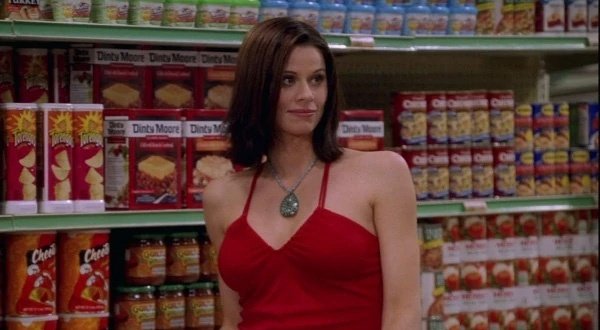 Jennifer Taylor, aka Jennifer Bini Taylor, is an actress based in America. The actress is widely recognized for playing the role of Chelsea Melini in CBS’s television sitcom Two and a Half Men. Besides, the actress has also played various roles in films including Barbara Baxter in Wild Things, Rita in The Waterboy, Stacy Collins in Like a Country Song, Jane in A Life Lived, and so on.

Jennifer Taylor was born on 19th April, 1972 in Hoboken, New Jersey. The actress grew up in Coral Springs, Florida and also has remained the first runner-up in the Miss Florida pageants in year 1995 and 1996.

Taylor made her television debut through a series Miami Sands in year 1998. However, she had a small role of Laura in the series. Further, she appeared as Gali Tyrone in an episode of Maximum Bob entitled “Once Bitten…”. In the same year, the actress made her movie debut as Barbara Baxter in film Wild Things directed by John McNaughton. Besides, she played the role of Rita in Frank Coraci’s film The Waterboy the same year. 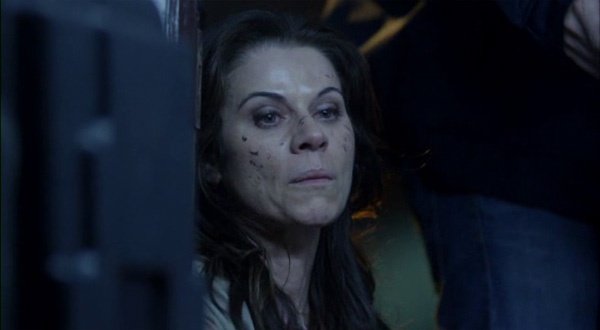 In the year 2000, Jennifer Taylor made guest appearances in four television series. She played the role of Patti Wolfson in an episode of Pacific Blue entitled “Disrobed”. Besides, she appeared as Charmaine DuFour in Diagnosis: Murder’s episode “Two Birds with One Sloan”. Further, she had small role of Roberta Takega in Arliss’s episode “Where There’s a Will”, and portrayed Rebecca in an episode of Yes, Dear entitled “The Good Couple”. Moreover, she acted as Kimiko in a TV film, The Disciples. All these works helped her to earn good sum of money which increased her net worth.

In the year 2012, Jennifer played the role of Zuhara in a film 100,000 Zombie Heads. The same year, she appeared as Elsa for 4 episodes in USA Network’s television series Burn Notice. Later in 2013, the actress starred as Stacy Collins in Dean Ronalds’s film Ashley. Besides, she appeared as guest in two television film The Perfect Boyfriend and Zombie Night. Taylor then appeared as Rachel Edwards and Samantha in films A Date to Die For and Street Level respectively.

Subsequently, Jennifer appeared as Alissa in Mom’s episode “Sword Fights and a Dominican Shortstop” and Anne Seery in Shameless’s episode “You’ll Never Ever Get a Chicken in Your Whole Entire Life” in year 2016. Similarly, she played in two films, A Life Lived and Emma’s Choice in the same year. In the same year, she portrayed the role of Ruby in Kerstin Karlhuber’s film Fair Heaven.

Jennifer Taylor will soon be seen as Ilana and Meg Harvey in two films Arlo: The Burping Pig and God’s Not Dead: A Light in Darkness in coming days.

The talented actress, Jennifer Taylor has worked in numbers of television series and films. All these works have helped her to attain the net worth of $2.5 million U.S. dollars. Though she has worked in different films, the actress has not won any kind of awards till date. We hope the actress will work on more films in upcoming days.

Must Know Facts about Jennifer Taylor