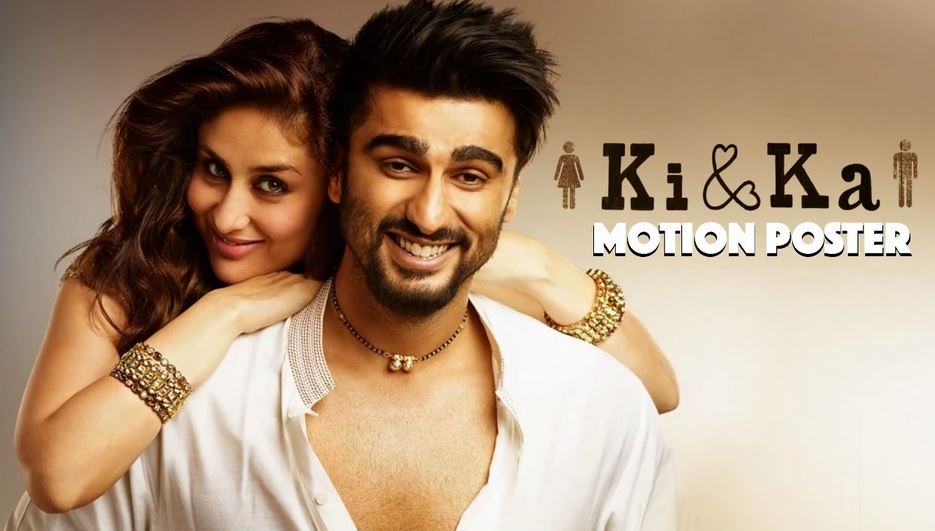 Ki & Ka is an Indian romantic drama movie released on April 1, 2016. The movie opened with mixed reviews from the critics and the fans. However, the movie is directed by one of the most talented directors R Balki who earlier directed movies like Paa. He has written and produced the movie as well. The movie has been considered as one of the different movies stars Arjun Kapoor and Kareena Kapoor Khan in lead roles. It goes against the stereotyping of the Indian women and was released under the Eros International banner.

The movie revolves around two characters Kia (Kareena Kapoor) and Kabir (Arjun Kapoor). Kia is a successful business woman and she aims higher in life. However, she also promotes the self-independency of women instead managing house work. Then she meets a guy name Kabir in a flight. Kabir is a son of successful businessman but not really interested in inheriting the wealth.

The story of them starts when they both get married and agreed that Kabir would take care of household and Kia would continue to work. They convince their parents and get married. They get along with each other and buys the house together. However, Kia mentions the role of her husband at house and in her life and her interviewer got impressed on this. Soon, Kabir gave an interview on the same and he became the face of gender equality. However, his growing popularity started troubling Kia and she asked him to stop the interview. However, Kabir gave another interview when Kia went to USA in a college reunion. Later, Jaya Bachchan and Amitabh Bachchan played by them met him personally upon listening to the speech and gave a letter to Kia and a gift. However, in the meantime, Kia’s mother faced a collapse and Kia rushed back to India finding Kabir doing some interviews. She blamed him for gaining popularity and Kabir leaves the scene. However, later when Kabir was leaving for Chandigarh, Kia found the letter given by Jaya Bachchan which said that it is harder to become a wife of such a man who works at home. Even Kia’s mother made her realize she is wrong and then she stops Kabir on the flight. At the end, Kabir’s father makes her the CEO of the company.

Kareen Kapoor, a great actress played the role with vibrant hues. However, Arjun Kapoor came as a surprise and he in fact out plays Kareena. However, the pace of the movie was very slow and people found it boring as well. The movie which took a good subject failed to explore the opportunities. The movie got mixed reviews.

Ki & Ka opened with good response but soon the verdicts and critics came on their way. Till the second week, the movie collected INR 46.82 Crore. However, the collections got impact by the release of The Jungle Book. Ki & Ka is the fifth highest grosser of the year so far. The experts believe that there is very little chance that this movie will cross the 50 Crore mark as Shah Rukh Khan will hit the theater this week with his new movie Fan.