Finnish German Entrepreneur Kim Dotcom has an estimated net worth of $200 million. He is most notably the founder of Megaupload.com. Born in Kiel, German in 1974, Kim Dotcom is also known as Kim Schmitz has had a fascinating roller coaster career as multi-millionaire internet CEO. Kim has been called as one of the world’s largest tech entrepreneurs. He changed his surname to Dotcom in 2005, apparently in homage to the stock market bubble that made him a millionaire. During the time he was in Hong Kong where he founded Megaupload.

In 2001, the main source of Kim income was a company called Kimvestor which he valued at 200 million euros. Kim has launched the sharing and file hosting online service company called “Data Protect Limited” in 2003. After two year in 2005, he changed his company’s name to Megaupload. The main work of his company is to specialize in providing cloud storage services to its customers ranging from individuals to businesses. In its time, the company evolved into 13th most popular website on internet. After Megaupload was shut down, Mega was born after a year. The site was signed by 180 million registered users which allowed him to earn over $40 million in 2011 alone. Before being internet millionaire, he became popular as an alleged hacker and also internet entrepreneur in 1990s. In addition to that, he was convicted for a couple of crimes like data espionage, embezzlement, insider training and fraud. For his operation of Megaupload.com, he is currently facing 55 year prison sentence. The aforementioned website allegedly cost the entertainment industry more than $500 million damages from pirated content being upload and also shared through the sites. It has been reported that, if Dotcom is convicted, he could face decades behind bars and also he is also expected to hand over $175 million in ill-gotten profits. 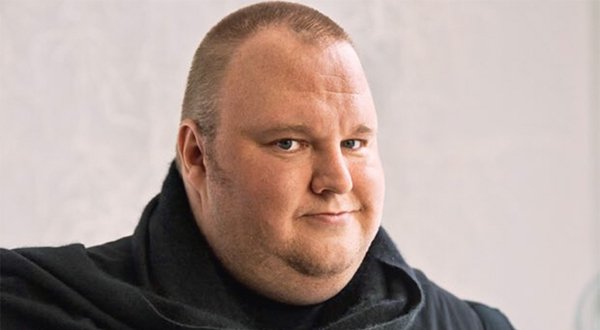 Before his arrest, Kim Dotcom has enjoyed his luxurious lifestyle. He has spent millions of his money on expensive cars and boats. He has spent $1 million on chartering a 240 foot luxury yacht and moored it in Monte Carlo Harbor during the 2000 Monaco Formula One grand Prix and threw lavish parties for guests including Prince Rainier of Monaco. Similarly, during his tour to Hong Kong, the value of 12 cars he bought was $3.9 million. He also owned a fleet of expensive high performance cars, yachts, private jets and one of the most expensive houses in New Zealand that cost a reported $25 million. Living a lavish lifestyle, he has travelled the world with Playboy Bunnies and drove around in Lamborghini that had license plate “GOD”. According to US officials, he owned at least 18 luxury cars including a pink 1959 Cadillac and three cars with vanity license plates that read “Hacker”, “Mafia” and “Stoned”.

Things to know about Kim Dotcom