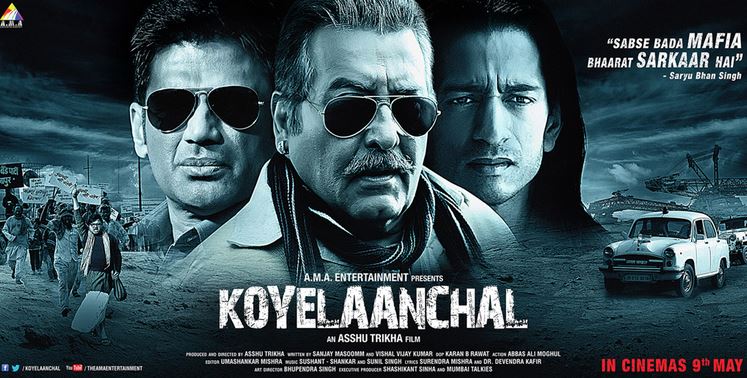 Koyelaanchal is an upcoming Bollywood movie directed and produced by Ashu Trikha. The movie stars Vinod Khanna, Suniel Shetty, Vipinno and Roopali Krishnarao which is set to release on 9th of May 2014. Koyelaanchal unveils itself through Saryu Bhan Singh (Vinod Khanna), an ex-owner turned Mafioso of the region, who through his sheer brutality and blatant defiance of law of the land, forces the people and the authorities to acknowledge him as their ‘maalik’. Any protest, any voice of dissent against him is dealt with spine chilling violence of epic proportions. The story of the movie is written by Sanjay Masoomm and Vishal Vijay Kumar where as the music is composed by Sushant Shankar and Sunil Singh.