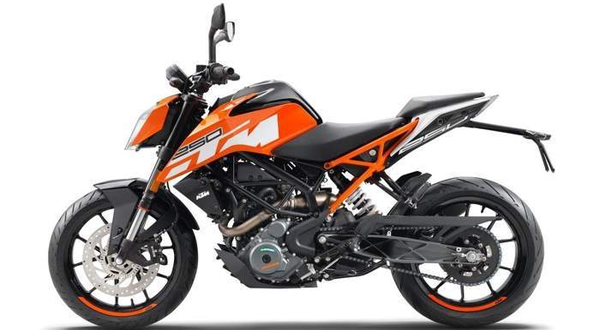 The KTM Duke 250 is a new motorcycle launched by a renowned two as well four wheeler manufacturer KTM, in the Duke Series. The Duke 250 was launched for the people who wanted more power than the Duke 200, but not as much as the Duke 390.

The new Duke 250 is built on the same platform as of the recently launched Duke 390. The Duke 250 features the same body and outline as Duke 390, however, the Duke 250 is deprived of all-LED headlamp and TFT color display. Nevertheless, the bike lacks ABS which can be found in its bigger brother.

Also, KTM has powered the motorbike with lightweight 4 stroke, liquid cooled, 4 valve, DOHC, single cylinder engine which is capable of producing maximum power of 29.58 bhp @ 9000 RPM and maximum torque of 24 Nm @ 7500 RPM along with displacement of 248.8 cc.