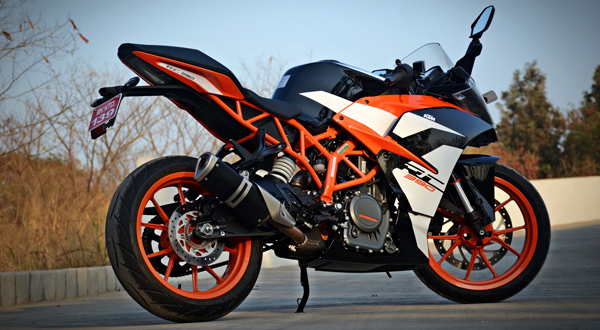 KTM, in the year 2013, launched the sports version of the popular motorbike Duke 390 at EICMA motorcycle show, Italy. However, the company recently released the redesigned version of the RC 390.

The new RC 390’s fuel tank, this is painted with shining black color which makes it look better than the older version of RC 390. The graphics also has been placed into a new place and the fair also is painted with three different colors. Also, the new RC 390 features a long exhaust which was absent in older RC 390.

Moreover, KTM has equipped the motorbike with single cylinder, 4 stroke, water cooled, 373 engine which provides maximum power of 43 bhp and 35 Nm. The bore and stroke of the particular bike is 89 and 60 mm respectively.

Furthermore, the company has been exporting the RC 390 in Nepal under the dealership of Hansraj Hulaschand & Co. Pvt. Ltd.