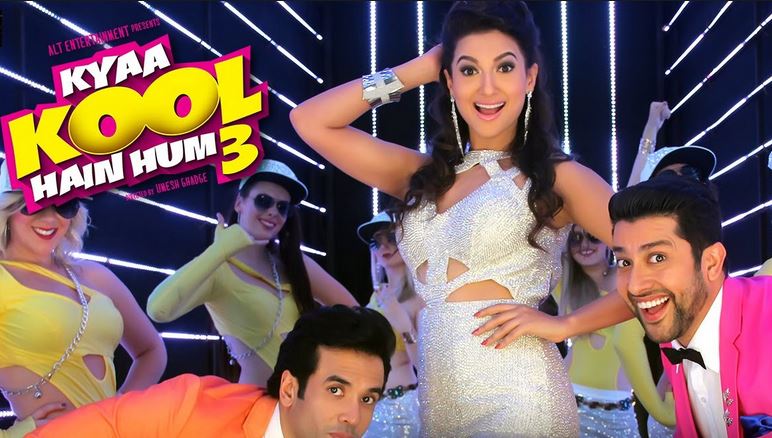 Plot & Review of the film:

As with the Bollywood’s increment in the adult films like Grand Masti, Kya Kool Hain Hum 3 made its place among the Bollywood’s sex-comedy types. Kya Super Kool Hain Hum revolves around the 3 leads, Tushar Kapoor as Kanhaiya, Aftab Shivdasani as Rocky and Mandana Karimi as Shaalu Karjatiya. The film is about the two friends Kanhaiya and Rocky and Kanhayia is the son of the biggest industrialist P.K. Lele (Shakti Kapoor). Both the buddies are of no use and are thrown out of the P.K’s work. Tushar Kapoor is having a problem that is his eyeballs get tucked when he sees the red color.

On a whole, the film relies on somewhat thin jokes that are said to be the cheap pornography by the critics. And as well on a note for comparison, the film is thought to be lacking. It is thought that sex comedy is enjoyed by everyone if it is written is genuine humor. But unfortunately, the film fails to count on both the ways.

According to the viewers, the actual film, Kya Kool Hain Hum that was released in the year of 2005, was actually more fun than this 3rd part because the film was fresh. Kya Kool Hain Hum 3 was the same recurrence of the jokes and people get bored in the mid of the film due to the repetition of the punches.

As mentioned, Kya Kool Hain Hum was released on the last Friday of the month. The film appeared on almost 2000 to 2500 screens in India in lash to Akshay Kumar’s “Airlift”. The net gross of the film on the opening day was just same as the Airlift and made 8.75 Crores. On the second day, the film faces the steep decline in its Box office collection and collected almost 5.25 Crores on the total. The total grossing of the film makes almost 13 Crores. While we talk about the whole weekend, the film does not surpass the business of Kya Super Kool Hain Hum which was almost 23.06 crores.