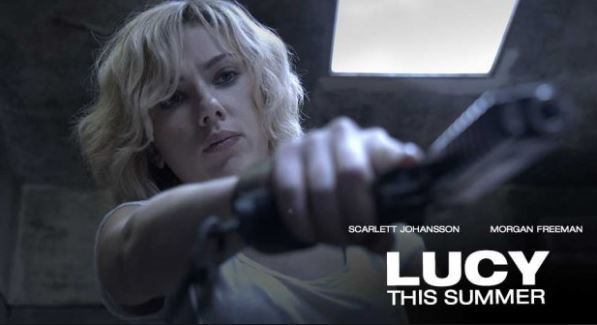 “Lucy” is the latest movie belonging to the science fiction action genre, which is bound to hold the audience on the edge of their seats. The 89 minutes long English language movie stars Scarlett Johansson in the title role, though Angelina Jolie was the first choice for it. It also stars Morgan Freeman, Amr Waked and Choi Min-sik. It has been shot in locations across Taipei and Paris. The movie has been written, edited and directed by Luc Besson and distributed by Universal Pictures. “Lucy” was released in the US on 25 July, 2014 and in France on 6 August, 2014.

The plot of the movie revolves around the protagonist Lucy (Scarlett Johansson), who is a 25 year old American woman, who is a student in Taipei. She is pushed into illegal drug trade unknowingly by her boyfriend, who sends her to deliver a briefcase to the drug lord called Jang. She is taken hostage by the gang, who has a packet of the potent drug CPH4 sewn into her stomach for being smuggled to Europe. The packet bursts inside her body when she is manhandled by the gangsters and the potent content enters her bloodstream, causing her to acquire extraordinary physical and mental powers all of a sudden. The amazing powers give her the ability to change the way she looks and sharpens her senses dramatically, making her close to superhuman. Later, she comes to know that there are three more people with such packets inside their bodies and contacts the police to take them into custody and find the remaining packets of the drug. With all her special powers, she wants to take revenge and have Jang punished for his evil deeds. She gets in touch with a neuroscientist Professor Norman (Morgan Freeman), who has done extensive research in this field to get her back to her normal self. In the end, Lucy is able to finish off with Jang and save herself by crossing all barriers of space and time, with the help of Professor Norman.

The plot of the film may seem to be a bit far-fetched, but the excellent direction and stellar performances have made the movie a total entertainer. Scarlett Johansson has done full justice to her character and it seems that she has done her role in a completely effortless manner, right from her drugged state to her power packed super human act. While some have ridiculed the plot as silly, the film still has something very gripping about it, making it a fully watchable flick. Plus the intriguing premise that “mankind is using merely 10% of its brains, and what if it used more of it?”, makes the film all the more exciting to watch.

The movie had a good opening of nearly $ 17.1 million, getting it the number one spot for the opening weekend collections at the box office, ahead of the simultaneous release called “Hercules”, which made the opening with $ 11 million. The film has done even better than expected and instilled a fresh life in the otherwise weak summer box office.